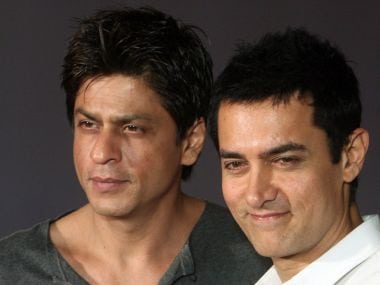 Mumbai (PTI): Filmmaker Imtiaz Ali said the best way to enter a new business market for films would be to have superstars “Shah Rukh Khan and Aamir Khan as a combination of exuberance and content”.

At a panel discussion titled ‘Chinese Dragon Market for Elephantine Indian Films’ at the ongoing FICCI Frames, Ali said when a local content is consumed globally, it makes storytellers enhance their own work.

“I think you need Shah Rukh Khan and Aamir as a combination of exuberance and content to break through and get into different markets. Of course, I’ve shot with Shah Rukh in Europe, so there hardly a place that we went and people didn’t mass recognise him. That’s a great thing for us,” Ali said.

“What it does is, it changes the quality of your own work when you get aware of the fact that different people from all over the world are watching… I think there is a qualitative improvement in cinema as a result of it travelling abroad,” the director added.

Ali said from “Devdas”, which opened European markets, to “Secret Superstar”, which is doing great business in China, “we have started to wear the same clothes”.

“Except for language, there is no other difference,” he said.

When asked if he would make a film in Mandarin, Ali said he actually has an idea which might be suitable to be made in the language.

“I quickly thought of all the films that I have made. And even though when I think about Mandarin, what comes to my mind is really exotic Chinese music and people eating with chopsticks and some pretty looking girls. When I think about the films I have made, many of them could have been a Mandarin film.

“But now, I feel I already have a lot of scripts for Mandarin films, especially the one that I have been toying with from a long time. It gives writers and directors an opportunity to tell stories with a bigger heart, to a bigger audience,” he said.

Shetty, who has released Aamir’s “Dangal” and “Secret Superstar” in China, said the country is a huge market for Hindi films.

So far, both the films have done exceptionally well in China.

He insists that it is not just that only Aamir’s films are turning out to be blockbusters, it is the content that works.

“No one kind of actor’s film is a hit, it’s the content that works. People love stories, which are human dramas and have emotions unlike the big-budget Hollywood films, which they keep watching anyway and that also do well.

“But at the same time it doesn’t mean only one particular kind of genre or stories work. We can’t define what works and what doesn’t. There is no set formula for it. India and China are similar in lot of ways like culture, values etc,” Shetty said.

Ajit Thakur, Head of Trinity Pictures, revealed that China, which has 51,000 screens, has a unique way of marketing Hindi films.

“They (Chinese distributors) use the star-power of Chinese superstars to promote Hindi films in China. It is working well,” he said.

Filmmaker Shoojit Sircar, known for films like “Vicky Donor”, “Piku” and “Pink”, said he does not understand market, but “only knows how to tell stories”.

“I would love to explore the Chinese market, be it teaming up with actors over there or working there,” he said.