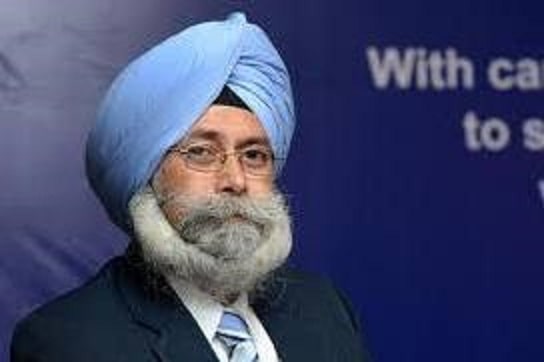 Chandigarh (PTI): AAP leader H S Phoolka on Thursday said he had asked the Delhi Bar Council if he could continue to appear in court for 1984 anti-Sikh riot victims by giving up the cabinet minister status which he enjoys as the Leader of Opposition in the Punjab Assembly.

“Will not give up ’84 carnage cases. Asking Bar Council if by giving up minister status, I can appear in these cases,” Phoolka tweeted.

The senior AAP leader said the Delhi Bar Council had disallowed him from appearing for the victims in several cases against Congress leader Sajjan Kumar and others citing that he enjoyed an office of profit.

After the Punjab Assembly polls held earlier this year, AAP emerged as the principal opposition party while the Congress wrested power from the SAD-BJP combine.

On Monday, Phoolka had tweeted, “Sought permission to do ’84 carnage case pro bono, Bar Council should realise, it doesn’t amount to practice, rather should encourage it. Seek review.”

He told PTI the Bar Council has declined to give him permission to fight the cases.

The Leader of Opposition said he wanted to continue appearing in the 1984 riots cases and was fighting on behalf of the victims free of charge.

“But the council said there is no difference in fighting the cases free of charge or charging a fee. I could not fight since I enjoy cabinet minister status,” Phoolka said.

These cases, he said, had reached a very “crucial” stage.

“It is a question of 30 years of hard work which have gone into these cases so that the main culprits are punished.

I think at this stage my presence in these cases is very important,” he said.

Phoolka said more than four years are left for the next polls.

“But in these (1984 anti-Sikh riot) cases, the next six months are going to be crucial. Nothing is dearer to me than getting justice for the riot victims. I am appearing for victims in cases against Sajjan Kumar and Jagdish Tytler,” he said.

The AAP leader said that he had discussed the issue with the party’s national convener Arvind Kejriwal.

“He understands that I have given valuable years of my life for these cases. I think, to keep myself out of these cases at this stage will not be a right thing to do. My conscience will not allow that,” Phoolka said.

On who he thought could take up the job of the opposition leader in Punjab, Phoolka said, “I think all 19 of them (AAP has 20 MLAs in Punjab) are very capable. Our leaders like Kanwar Sandhu, Sukhpal Khaira and Aman Arora, all of them are very competent”.