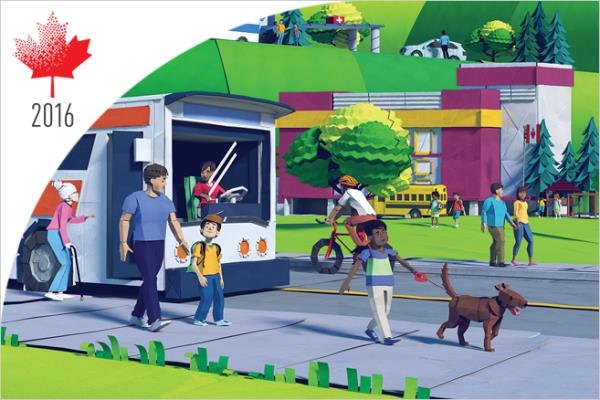 IN 2016, more than half (54%) of Canadians aged 25 to 64 had either college or university qualifications, up from 48.3% in 2006. Canada continues to rank first among the Organisation for Economic Co-operation and Development (OECD) countries in the proportion of college and university graduates.

Statistics Canada on Wednesday released data from the 2016 Census on the education of Canadians. This release presents a portrait of the changing face of education in Canada and how Canadians are equipping themselves through education for the jobs of today.

Canada has the highest proportion of college and university graduates in the OECD due to its large college sector, not seen in most other OECD countries. In 2016, 22.4% of the Canadian population aged 25 to 64 had a college diploma as the highest educational qualification, compared with an estimated 8% among OECD countries overall.

Young men have responded to job opportunities and earnings incentives by moving into the skilled trades sector. The proportion of young men with an apprenticeship certificate increased from 4.9% in 2006 to 7.8% in 2016.

Close to one-third (31.5%) of refugees who became permanent residents in Canada upgraded their educational credentials after arriving in the country.

Over half of recent immigrants who landed in the five years prior to the 2016 Census had a bachelor’s degree or higher.

With an aging Canadian population and growing demand for knowledge and skills to meet the needs of the labour market, postsecondary education is critical to a prosperous future for Canada, states Statistics Canada. Whether they have a degree in medicine or nursing, the majority of young graduates in health fields at all levels of education are women and they are finding work that matches their studies. Young graduates in engineering or computer and information sciences are also very likely to work in occupations closely related to their studies.

Among the provinces, the four largest ones (Ontario, British Columbia, Alberta and Quebec), along with Nova Scotia, had the highest proportions of the adult population aged 25 to 64 with a bachelor’s degree or higher. The highest proportions of the population with a college diploma were found in the four Atlantic provinces (Newfoundland and Labrador, Prince Edward Island, New Brunswick and Nova Scotia).