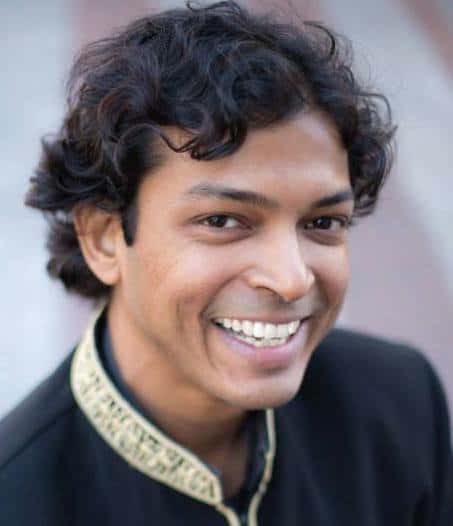 “With Project SAT, I want to help train and educate the next generation of South Asian artists,” says Chokhani. “It’s important to me to be able to create opportunities and establish a new mainstream for them. This is unlike anything being offered anywhere else in B.C. and Canada.”

Project SAT kicks off in July at the new Jim Green House Studio with free workshops, which will focus on grant writing and how to pitch project ideas to presenters and producers. The Grant Writing workshop is scheduled for July 22 from 10 a.m. to 4 p.m. and the Pitch Presentation workshops are scheduled for July 22, 25, 26, and August 1 from 6 to 9 p.m.

These workshops will take a unique, culturally specific approach to training and will be tailored to those in the South Asian community who experience marginalization. Translators for Punjabi, Hindi, and ASL participants will be available upon request. Workshops on producing, playwriting, dramaturgy and Natya Shastra, an ancient South Asian text on the performing arts, will also take place in the upcoming months.

Chokhani was recently honoured with the award for Significant Artistic Achievement (Large Theatre) and nominated for the Vancouver NOW Representation and Inclusion Award at this year’s Jessie Richardson Theatre Awards for his leadership as a founder and executor of numerous initiatives and activities reflecting an expanding vision of cultural diversity in Vancouver. His roles in the industry include Artistic Producer for South Asian Arts (2015-2017), Artistic Associate at Bard on the Beach (2017), Artistic Producer for Diwali Fest (2013-2016), Producer in Residence at the National Arts Centre – English Theatre (2015/2016), and General Manager at Touchstone Theatre (2013/2014) as well as Urban Ink Productions (2012/2013), among others.

Project SAT is supported by the Canada Council for the Arts, along with mentorship and venue support from The Cultch. Promotional partners for Project SAT’s pilot year included the Monsoon Festival for Performing Arts and South Asian Arts Society.