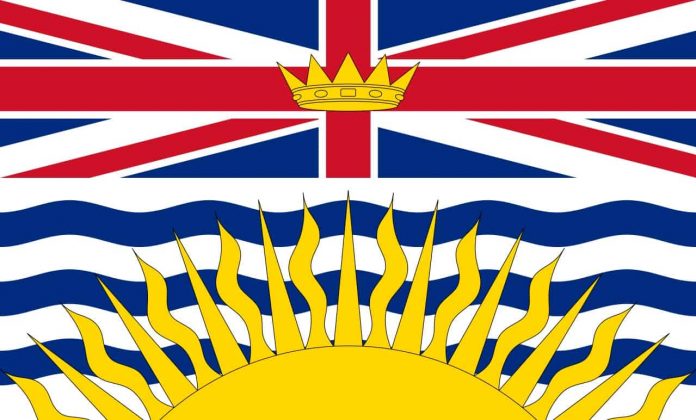 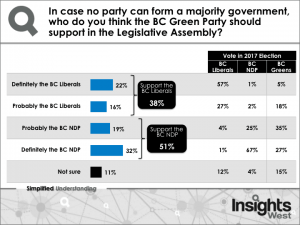 A majority of British Columbians would like to see the BC Green Party supporting the BC New Democratic Party (NDP) in the Legislative Assembly following the outcome of this year’s provincial election, a new Insights West poll has found.

In the online survey of a representative sample of British Columbians, 51% of residents think the BC Greens should support the BC New Democrats if a majority government cannot be formed, while 38% think the Greens should back the BC Liberals.

Three-in-five British Columbians who voted for the BC Green Party in this month’s provincial election (62%) are in favour of the Greens supporting the NDP, while just one-in-four (23%) would prefer to back the BC Liberals.

British Columbians are not enthused about holding a new election soon. More than two-in-five residents (43%) think the next provincial ballot should happen, as scheduled, in May 2021, while only 26% would favour voting sometime in the next couple of years.

“The composition of the next government remains contentious, which is expected after the election essentially ended in a tie,” says Mario Canseco, Vice President, Public Affairs, at Insights West. “However, the voters who gave the BC Green Party its best showing in a provincial election are more likely to support collaboration with the BC New Democrats than with the BC Liberals.”

Across the province, almost two thirds of residents (65%) believe Christy Clark should  step down as leader of the BC Liberals if her party cannot form the government after all votes are counted—a proportion that includes 46% of those who voted for her party in this year’s provincial ballot.

More than half of British Columbians (52%) say they are satisfied with the first-past-the-post system used to elect members of the Legislative Assembly, while two-in-five (39%) are dissatisfied, including 58% of those who voted for the Greens and 57% of those who voted for the New Democrats. In the Insights West “Exit Poll” of voters, supporters of these two parties were in favour of electoral reform.

Three-in-five British Columbians (63%) think a change in the current system should be put to a province-wide referendum, while only 28% disagree with this course of action.