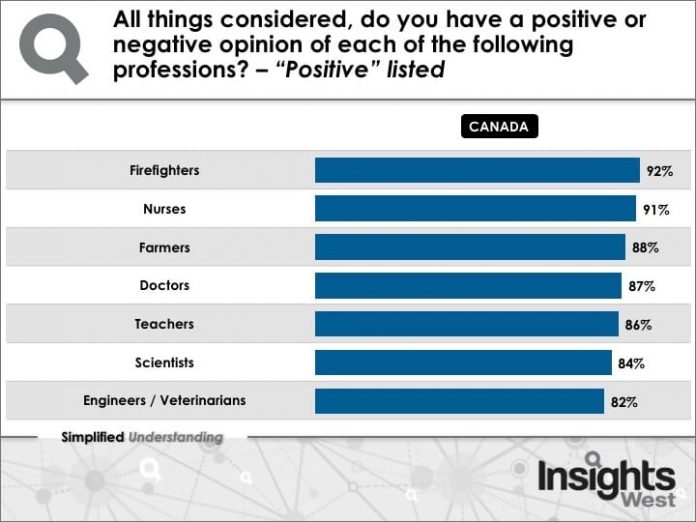 FIREFIGHTERS and nurses are the only professionals respected by more than nine-in-10 Canadians, a new Canada-wide Insights West poll has found.

In the online survey of a representative national sample, 92% of Canadians say they have a positive opinion of firefighters, while 91% feel the same way about nurses.

As was the case in the 2016 Insights West survey, car salespeople and politicians are the lowest ranked professions. Politicians have a particularly low rating among women (21%), Canadians aged 55 and over (15%) and residents of Atlantic Canada (12%).

Massive increase in approval ratings for BC NDP and Premier Horgan

Half of working women in Canada have endured sexual harassment: poll

Only 15% of B.C. residents want a new election. 55% want NDP and Green Party to form government

NDP rules in B.C. as British Columbians are moving away from Conservatives