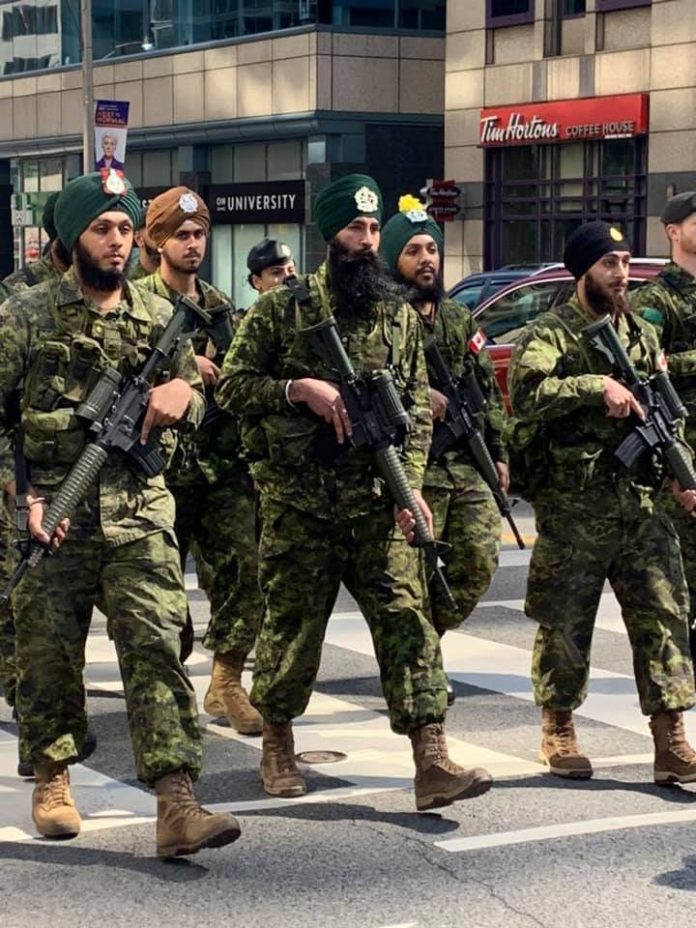 GUN-CARRYING soldiers, including turbaned Sikhs, in Toronto’s Khalsa Day Parade on April 24 has sparked off a huge controversy.

The Canadian Press reported that Canadian Army spokeswoman Karla Gimby informed it in an email that “normally, weapons are not carried at such events. The decision to have personnel in full fighting order was made by the local commander and was not in keeping with the Canadian Armed Forces Manual of Drill and Ceremonial.”

The army’s top commander in Ontario has issued additional orders prohibiting the carrying of weapons at similar events, Gimby told the Canadian Press.

Defence Minister Harjit Sajjan said in a statement that, “while the intentions to participate in this event were good, the choice that was made was inappropriate,” according to Global News.

“I know that the commander of 4th division and other commanders will take appropriate action to ensure that something like this never happens again,” he said.

But many Sikhs feel that if all the soldiers had been white guys, nobody would have batted an eyelid.

The photos of the soldiers are being used by racists – including racist journalists – to try and create problems for Prime Minister Justin Trudeau.

Watch for all those twisted, bigoted comments!