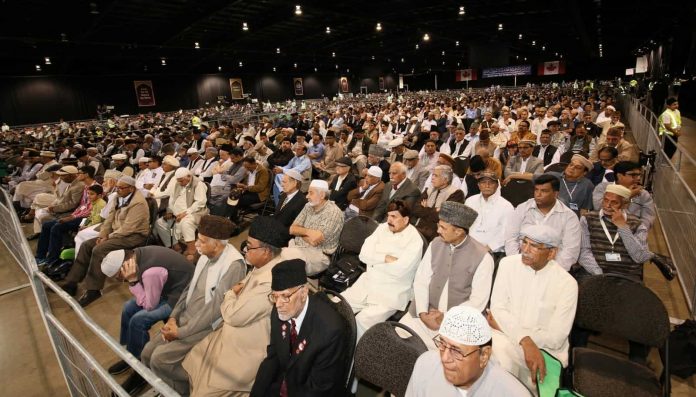 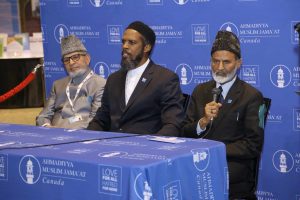 THE 41st annual convention of Ahmadiyya Muslim Jama’at Canada took place last weekend (July 7-9) at the International Centre in Mississauga. The three-day event featured a press Q&A with scholars, a unique Islamic exhibition, scholarly addresses on the true, peaceful teachings of Islam and much more.

Over 20,000 participants from around the world attended this dynamic event. This year’s annual convention included a special press conference in which media asked pertinent questions regarding increased social conflict and Islam’s response to contemporary issues. 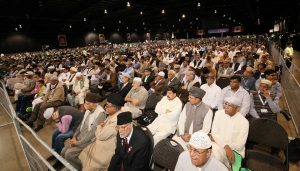 While discussing solutions to counter extremist ideology, Imam Azhar Haneef, Representative of the Caliph, Hazrat Mirza Masroor Ahmad, at the convention, said that the youth are susceptible to extremist radicalization, He noted: “Their (extremist groups) entire concept of Islam is illiterate. If the youth are provided a true understanding of Islam, they would never commit any violent acts”.

He emphasized that the Ahmadiyya Muslim Community is dedicated to countering youth radicalization through education and outreach efforts. “We have been engaged in outreach efforts for decades, dating back to the very founding of our community. We are a community of peace, and love for humanity,” said Imam Haneef.

National President of the Ahmadiyya Muslim Jama’at Canada, Lal Khan Malik, explained that although claiming to represent Islam, violent extremists have nothing to do with the religion of Islam. “Over 20,000 attendees at this convention are able to show Canadians the true and peaceful teachings of Islam,” said Malik.

The Ahmadiyya Muslim Jama’at strives to uphold and maintain the Canadian values of peace, love, and harmony through conducting such gatherings like Jalsa Salana Canada, said a press release.