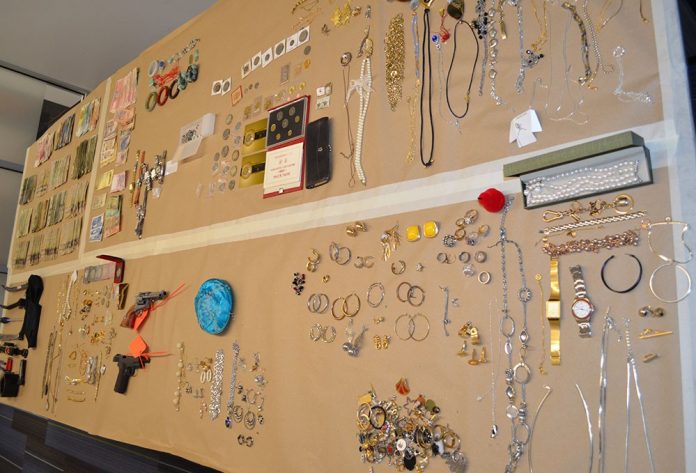 COQUITLAM RCMP announced on Monday that they have recovered so many stolen goods that they’re asking the public to help them return the items to their owners.

You can do that by visiting a new webpage with photos of each of the individual items.

The stolen goods were all recovered in a joint operation last year between West Vancouver Police and Coquitlam RCMP’s Prolific Target Team (PTT). The investigation led to the arrest of 52-year-old Michael Horyn of Port Coquitlam. Multiple search warrants led to the recovery of hundreds of thousands of dollars in personal property and money.

“We believe that Horyn was often targeting homes where people had been away for a long time,” said Sgt. Keith Schendel with Coquitlam RCMP PTT. “One of the reasons we’re encouraging people to claim their items is that it could lead to new charges being laid. This investigation is still very active.”

Anyone who was a victim of a break and enter in Metro Vancouver or Calgary, Alberta, between 2018 and 2019 is encouraged to check the new Coquitlam RCMP webpage. If you see something that you recognize, you will be asked to provide specific details that only the rightful owner would know.

Attempting to claim items that do not belong to you would be an offence that could lead to charges. Coquitlam RCMP wants to remind you that investigators will be carefully reviewing every claim.

Horyn is currently facing eight counts of break and enter. He is scheduled for trial in August and September at New Westminster Supreme Court.