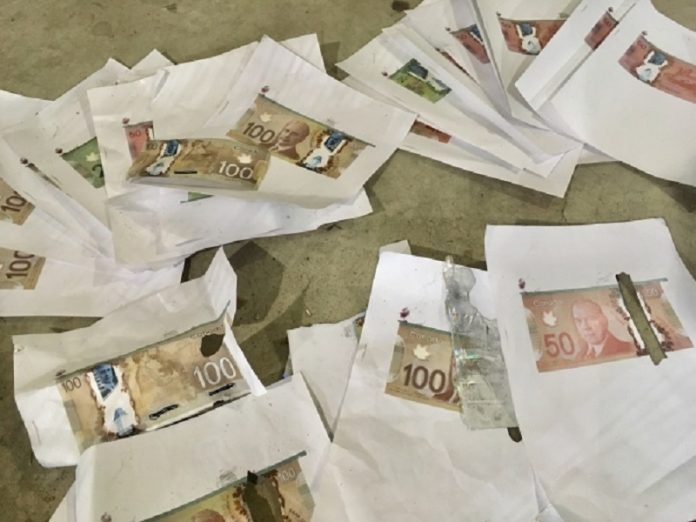 The investigation was a joint effort between the Patrol Support Team and “C” Platoon, and pointed to a residence in North Delta.

“Our belief was that counterfeit currency was being produced within the residence,” said Acting Inspector Ciaran Feenan, head of the Patrol Section, on Monday. He noted that the counterfeit money being produced is considered fairly low level.

Police were granted a warrant to search the residence, and executed it on December 5.

“We found several occupants inside the residence, including one male who was arrested on outstanding warrants unrelated to our investigation,” said Feenan.  Police seized counterfeit currency and materials involved in the creation of the counterfeit money, as well as a set of police-style body armour, ammunition, stolen property and drugs.

Two individuals have been arrested so far, and the investigation remains ongoing.

“We would like to raise awareness of this investigation to local businesses, and encourage them to call police if they believe any counterfeit currency was recently passed at their location,” said Feenan.

Police will be forwarding a report to Crown Counsel recommending several charges in relation to the investigation.