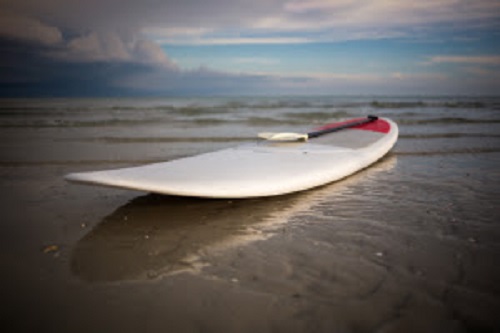 THIS summer many people have taken up paddle boarding as a way to get outside and enjoy our beautiful community, say Delta Police. However, they warn that the sport is not without its risks, and advise people to paddle with a buddy if possible. That decision was definitely the right one for one paddle boarder who recently needed help.

On Saturday, August 29 around 11:30 a.m., police received a call about a missing paddle boarder at Centennial Beach. The wind had apparently taken the paddle boarder far from the beach, and she hadn’t been seen by her companion for over 40 minutes.

About 10 minutes later, the caller phoned back to indicate he’d found his missing paddle boarding friend. However police learned the boarder had become extremely cold and unable to continue on her own; at the time, the tide was quite far out.

“Learning of her plight, our officers made a two-kilometer trek out in the shallow waters of Boundary Bay, locating the duo around 12:20 p.m. The paddle boarder’s condition was deteriorating, and she was unable to walk, so police started carrying her back to shore, as the tide was coming in,” says Inspector Ciaran Feenan, Head of the DPD Patrol section. “Approximately one kilometre from the shore, two fire fighters came out to assist our officers, and wrapped the boarder in thermal blankets. Police and fire fighters then alternated carrying her safely back to shore.”

“Weather conditions can change quickly, even in shallow waters,” says Feenan. “We definitely advise going out with a companion, and having a phone in a waterproof case.”

The boarder was taken to hospital. Police called to follow up and were assured she is doing much better.