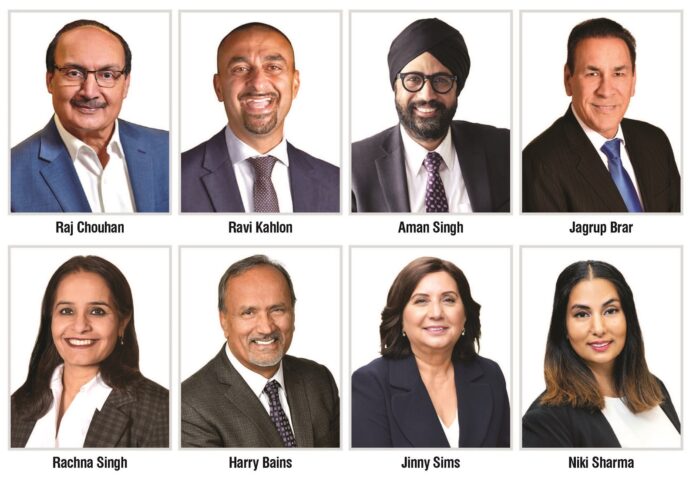 If Harwinder Sandhu wins in Vernon-Monashee after the final count, there will be a record number of nine South Asian MLAs

[This was for Saturday, October 31 print edition of The Indo-Canadian Voice.]

AS per the preliminary voting results from the initial count (as of October 29, 9 a.m.), there will be eight South Asian MLAs – all from the NDP – in the B.C. Legislature.

Back in 2001, when the BC Liberals under Gordon Campbell almost wiped out the NDP, there were eight South Asian MLAs – all from the BC Liberal Party.

However, this time, there might be NINE South Asian MLAs, if NDP candidate Harwinder Sandhu overtakes the Liberal candidate in Vertnon-Monashee, who she is trailing by just 217 votes, after the final count.

The final count is a count of absentee ballots for an election that were not considered at initial count, including mail-in ballots. There were a record number of mail-in ballots in this election because of the pandemic.

According to Elections BC, there were an estimated 85,000 certification envelopes containing absentee ballots cast across the province. As of 8 p.m. on October 24, an estimated 525,000 vote-by-mail voting packages had been received. This does not include any vote-by-mail packages that have been dropped off at district electoral offices or voting places.

All incumbent South Asian MLAs won except for BC Liberal MLA Jas Johal who lost to another South Asian candidate – Aman Singh.

And all the other incumbent South Asian MLAs also faced South Asian candidates – all from the BC Liberal Party – who they defeated.

However, Sims had to step down because of a vicious campaign against her by the BC Liberal Party that included unfounded allegations that were proved false by an RCMP investigation. BC Liberal Leader Andrew Wilkinson played a part in that scurrilous attack and was reprimanded by Premier John Horgan when Sims was vindicated.

Bains has an excellent reputation and will be in the new Cabinet for sure.

Sims should be given a ministry, too.

Will Ravi Kahlon be in Cabinet? He certainly has proven that he deserves to.

Aman Singh, a human and civil rights lawyer who was raised in Hong Kong, would prove to be an asset in Cabinet. He would also stand out as the first turbaned Sikh MLA in BC.

Deputy Speaker Raj Chouhan will most probably be the Speaker.

However, Horgan has his work cut out for him because of the large number of MLAs, including newbies, this time. He has to keep several factors in mind – gender parity, regional representation, ethnic diversity, to mention the main ones.

The VOICE thinks that one way out could be the appointment of a large number of Parliamentary Secretaries. As it is some ministries are huge – and they could easily be split up for more efficiency.

OPINION: Shifting the narrative amidst a global pandemic