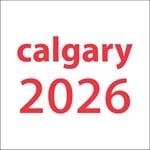 CALGARY, Alberta: Calgary 2026 Bid Corporation (BidCo) announced on Tuesday night that an agreement has been reached between the federal and provincial governments to consider a funding proposal that would provide their share of the public dollars needed to stage the 2026 Olympic and Paralympic Winter Games.

The agreement was signed on Tuesday evening by both parties following discussions that have been ongoing for a number of days.

“This is a proposal that makes sense and is a good deal for Calgarians. I’m confident we and our government partners can agree to move forward and reach an agreement in principle,” said Scott Hutcheson, Board Chair, Calgary 2026 Bid Corporation (BidCo).  “I know City Council understands how important this is to Calgary, that they know what’s at stake here, and that they will show their strong leadership and allow Calgarians to decide the outcome of the Olympic and Paralympic bid at a plebiscite November 13.  These will be Canada’s Games, Calgary’s choice.”

Hutcheson says he has listened to thousands of Calgarians over the last couple of months – many supporters, others with a different view.  But a common thread with all of them is that they want to decide whether or not Calgary should host the 2026 Games.

The funding proposal provides the right balance of money from all three levels of government, in line with what has been discussed publicly previously.  It means strong investments from the federal and provincial governments that would allow Calgary to build and benefit from infrastructure – investments that will only come through hosting the Games.

“Let’s remember what we will all vote for November 13,” said Mary Moran, BidCo CEO, “It is a chance to rekindle the spirit that brought the Games to Calgary in ’88 and again to Vancouver in 2010.  Calgary will see just how much more we can do, how much better we can be.”

Calgary 2026 is organizing a gathering of supporters on Wednesday morning at 9 in front of City Hall prior to Council’s vote.

Calgary 2026 also released a retrospective video that looks back at the success of Calgary ’88, the legacy of Vancouver 2010 and the dream of Calgary 2026.

‘The World is Ours’