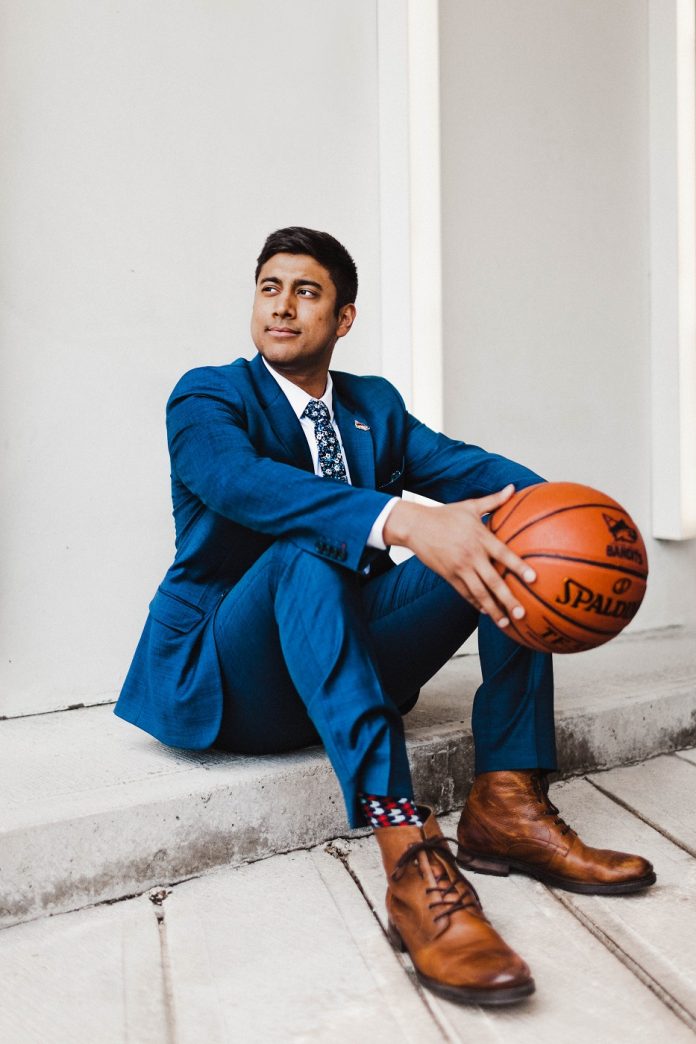 THE Fraser Valley Bandits announced Wednesday that Dylan Kular, the club’s Director of Business Operations, has been promoted to Vice President in advance of the team’s second season in the Canadian Elite Basketball League (CEBL).

As the Bandits’ Director of Business Operations for the 2019 CEBL season, Kular oversaw corporate partnerships, ticket sales and helped develop community initiatives, such as the Bandits’ Community Champion Initiative.

In his new role as Vice President, Kular will oversee and facilitate a variety of unique sponsorship opportunities with local and provincial partners and will continue to help the club strive towards fulfilling its ultimate ambition of leaving a sustainable and positive imprint on British Columbia and Canada’s professional basketball landscape.

“The opportunity to continue developing the sport is an honour – one that I am truly humbled by. Basketball has opened many doors for me, and as one of Canada and the world’s most accessible sports, the privilege of being in a position to grow the game at the grassroots level, and now at the professional level is something I am immensely passionate about,” Kular said.

“2019 was just the beginning for the Bandits. Game days at Abbotsford Centre set a positive precedent for how basketball can bring the Fraser Valley community together under the banner of sport, and I can’t wait to showcase basketball’s unifying power through an environment as exciting and fast-paced as a Bandits game in 2020.”

A graduate of Abbotsford’s W.J. Mouat Secondary in 2010, Kular went on to play collegiate basketball at Quest University in Squamish where he graduated in 2015 with a Bachelor of Liberal Arts and Sciences, with a specialization in marketing and sustainable business development.

Since graduating, Kular has dedicated himself towards removing the barriers to entry that exist for youth who wish to access quality basketball programming in the Fraser Valley, particularly in his hometown of Abbotsford. With this in mind, Kular co-founded the Abbotsford Basketball Association (ABA) in January 2016.

Since its inception, ABA has grown to become one of the largest not-for-profit basketball associations in the Fraser Valley. In 2018, ABA had nearly 2,000 Fraser Valley youth participate in year-round after school and weekend basketball programming. In addition to helping create opportunities for Fraser Valley youth to learn the game of basketball, Kular currently serves as a Director with both the Abbotsford Police City Basketball Tournament and the Abbotsford Youth Commission, where he uses his platform to advocate for an increase in sports infrastructure and the power of sport as a vehicle for achieving academic and athletic success.

Three years ago, Kular helped launch the Valley Summer Games, a multi-sport amateur sport festival with a focus on inclusivity that takes place annually in August. Sports included in the festival are wheelchair basketball, 3×3 basketball, touch football, ultimate frisbee and dodgeball. The 3×3 basketball tournament is the largest in western Canada, with 168 teams participating in 2019. All proceeds from the event go to KidSport BC. For his continued contributions to the development of sport in the province, Kular was recognized as a Community Builder by KidSport BC in 2018.