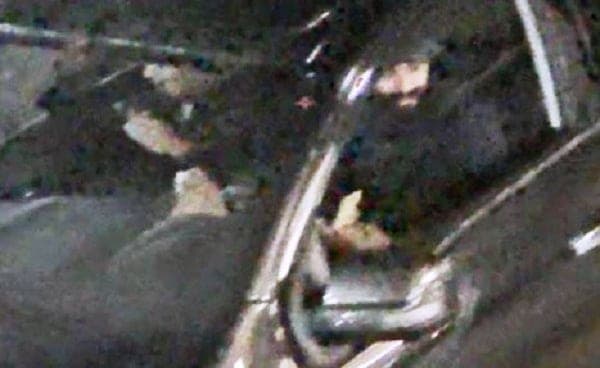 THE Integrated Homicide Investigation Team announced on Wednesday that it has identified two vehicles and two males believed to be associated to the murder of Gavinder Grewal.

On December 23, 2017, Grewal was found dead in his North Vancouver apartment with injuries consistent with homicide.

The killer or killers apparently managed to get into the building from the front door and then went up the stairwell as access to any floor requires a card. CTV showed the broken lock on the stairwell door and the broken door handle lying on the floor where the victim lived. Police had collected fingerprints from that area.

Tenants said that there had been a number of complaints about the apartment where the victim lived. There were loud bangs like that of a bowling ball being dropped late at night. But apparently no action was taken by anyone.

Grewal was known to police and associated to gang activity. Investigators believe Grewal’s murder was targeted and linked to other gang violence in the Lower Mainland.

On Wednesday, IHIT said it has gathered significant evidence and is looking to identify individuals involved in the murder. Surveillance footage has identified two vehicles that investigators believe are associated to the murder of Grewal.

The vehicles are (see actual surveillance footage photos and stock photos below):

Investigators have also obtained surveillance images of two persons of interest associated to the black Nissan Titan.  They are described as:

Unknown male 2 – South Asian approximately 25 to 30 years old with a beard and wearing a toque and a dark jacket.

“We are asking the public’s help in identifying these two males or anyone associated to the Lexus RX350 or the Nissan Titan,” said IHIT Cpl. Frank Jang.  “There are people who have information about what happened to Mr. Grewal.  We urge anyone with information to please come forward and speak with IHIT so that we can hold those responsible to account.”

Should you wish to remain anonymous, please contact Crime Stoppers at 1-800-222-TIPS.

BACK in March 2015, Abbotsford Police issued what they called “an important public safety notification” warning the public about three men it believed posed “a risk of significant harm” to the safety of the community and anyone who may associate with them.  The three men were involved in an ongoing conflict and a criminal lifestyle that included violence, drugs, and weapons. Police released their photos in an unusual move.

“We believe it is in the public’s best interest that the identities of these men are known so people associating with or in close physical proximity to them understand their safety could be in danger,” said Sgt. Casey Vinet at the time. “Efforts to curtail growing tensions between these individuals are being made but we are very concerned that violence could occur in public settings.”

One of the three was Grewal, who police said had a criminal conviction for extortion and possession of a controlled substance for the purpose of trafficking. He was prohibited from possessing firearms.

IN June 2016, almost six years after the crime, the Integrated Homicide Investigation Team announced that Gavinder Grewal, then 29, and Jason Himpfen, then 41, had been arrested and charged in the homicide of Mandy Johnson and the attempted murder of Gator Browne in Abbotsford.

On July 28, 2010, shortly after 3 a.m., Johnson was shot and killed while sitting in the passenger seat of a Chevy Tahoe in the 31100-block of Polar Avenue in Abbotsford.  Another victim, Browne, who was the boyfriend of Mandy at the time, was shot at but no bullets struck him and he managed to flee the scene.

In the initial stages of this investigation the threshold for homicide-related charges was not met.  IHIT along with the Abbotsford Police Department worked together tenaciously to reach that threshold and six years later, succeeded in doing so.