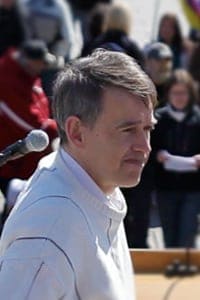 Charges that can often be on top of a company’s billings to existing government accounts. For instance, last year, Sensus Communications billed the government $79,286, while various ministries put an additional $58,059 on plastic.

Totalling more than $51.3 million, this past year’s charges will go down as the alphabet pasta of financial reporting.

There were charges for $15,677 at BCCAT (B.C. Council On Admissions & Transfer), $1,628 at CATAP (Canadian Association of Threat Assessment Professionals) and $570 at MMCDA (Master Municipal Construction Documents Association).

International Trade charged $13,585 at AVEQIA in London, England for hosting a Taste of B.C. event.

The Ministry of Transportation and Infrastructure charged $799 at DPSSKIS-QUIVRSINC. May have something to do with skis, or not.

Putting my money on the latter.

Clark – who once called the magazine the experts on boring – finally got round to subscribing to the Economist this past year and the New York Times to boot.

The office also charged $599 with U.K. jeweller Toye, Kenning and Spencer and $1,770 at Chloë Angus Design, the former premier’s fashion designer of choice in Vancouver. The latter likely covered the cost of gifts for the Duke and Duchess of Cambridge during their visit last fall.

In keeping with its mandate, the Ministry of Small Business and Red Tape Reduction charged $8,567 at Annual Convention.

After all, is it really necessary to know whose convention it was or is that just another layer of needless government red tape?

The premier’s office only appears among the charges at Shred-It.

A charge of $15,400 by the Croatian Cultural Centre was on a bill at Community, Sport, and Cultural Development, while a $100 charge with Dream Lottery was found on a bill at Technology, Innovation and and Citizens’ Services.

Justice charged $220 with the Ontario March of Dimes, $801 at the United Kingdom’s General Register Office and – in case you’re ever looking for a crown prosecutor – $14,686 at Earls on Hornby in Vancouver.

In the sometimes it’s best not to ask department, Justice also charged $255 at – or for – a Vancouver Special.

Would have thought the Ministry of Natural Gas Development would have opted for gas, but instead went for Candlelight Catering ($184).

Not surprisingly, fitness was big with more than $148,000 in charges at various equipment suppliers, including 11 ministries charging $95,953 at Fitter First.

Three ministries charged $11,550 with Lovink Media, a firm that bills itself as “specialists in (media) training, strategy and emergency planning preparedness and video.”

One savings to the government from removing tolls on the Port Mann and Golden Ear bridges will be the $92,194 in charges slapped on government credit cards for crossing the bridges.

Four ministries resorted to plastic to pay BC Hydro bills ($2,655).

And who knew Ernst & Young took Mastercard? More importantly, who would have thought the Ministry of Finance might not be good for the $3,160 bill?

Then again after the B.C. Hydro charges, maybe they know something we don’t.

Not all votes carry the same clout in B.C.