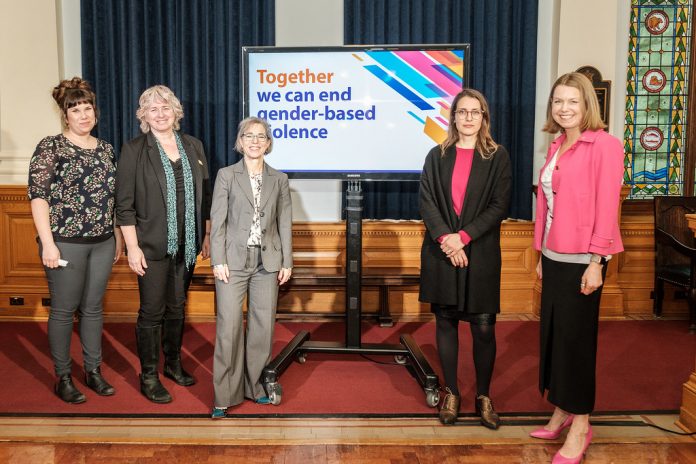 WOMEN and children leaving violence will soon benefit from over 260 new spaces of transition, second-stage and affordable housing in 11 buildings throughout B.C.

Government made the announcement to kick off the 16 Days of Activism Against Gender-Based Violence.

“It’s encouraging to see communities and partners around the province working together to ensure that women and children have safe and secure places to go when they need help,” said Selina Robinson, Minister of Municipal Affairs and Housing. “Everyone deserves to live a life free of violence with hope for the future, and we are working hard to create more homes and opportunities for women and children to thrive.”

The Province is working with housing providers in urban, rural and First Nations communities to build these homes. Combined with the first round of projects announced in 2018, more than 600 new homes are open or in progress.

“Having worked for much of my career in the social sector, I can tell you that these investments are long overdue,” said Mitzi Dean, Parliamentary Secretary for Gender Equity. “I know we have a lot of work to do, and I’m grateful for the many community partners involved in bringing these essential housing projects to reality. The next 16 days are an emphasis on the work that has already begun. From the historic waves of feminism, to today’s #MeToo movement, together, we can end gender-based violence.”

The homes will be operated by non-profit providers that specialize in housing and supports for women and children who are experiencing or at risk of violence. In addition to funding the construction of these homes, the Province will provide funding for support services including emotional support, safety planning and information and referrals to medical, legal and financial assistance.

“Cowichan Women Against Violence Society is pleased to be working with BC Housing on a second-stage housing project for women,” said Debbie Berg, Executive Director, Cowichan Women Against Violence Society. “We are often over capacity at our transition house and night shelter, so this provides much-needed affordable accommodation for women in the Cowichan Valley. This project will not only provide a place to live but will also have wraparound services delivered from trauma-informed practice to assist women in rebuilding their lives. We look forward to our continued connection with BC Housing on this project.”

The projects are part of the Province’s 10-year, $734-million investment to build 1,500 safe homes with supports for women and children leaving violence. This is the first major investment in the sector in close to 20 years and will increase the number of transition homes by 63%.

These new transition housing projects are part of a government-wide effort to support survivors of gender-based violence, which includes new training programs for survivors of violence and abuse, and enhanced counselling services in communities throughout the province.

Delivering affordable housing is a shared priority between government and the BC Green Party caucus, and is part of the Confidence and Supply Agreement.

* The Building BC: Women’s Transition Housing Fund was launched in Budget 2018 as part of the Province’s 10-year housing plan. The housing plan outlines the largest investment in affordable housing in B.C.’s history – more than $7 billion over 10 years.

* Through this investment, more than 22,000 new homes are already completed, under construction or in the approvals process.

* Second-stage housing provides safe, short-term housing and supports for women after they leave an abusive relationship or situation. Women can stay for six to 18 months while they prepare for independent living.

A map showing the location of all announced projects is available online: https://www.bchousing.org/homes-for-BC

* Abbotsford – SARA Society for Women will operate up to 12 units of second-stage housing.

* Vancouver – The Kettle Friendship Society will operate up to 10 units of second-stage housing for women.

* Vancouver – Atira Women’s Resource Society will operate up to 10 beds of transition housing for older women.

* Vancouver – Atira Women’s Resource Society will operate up to 28 units of second-stage and long-term housing.

* Sechelt – Sunshine Coast Community Services will operate up to 30 units of long-term housing for women.

* Clearwater – Yellowhead Community Services Society will operate one safe home and one unit of second-stage housing.

* Valemount – Robson Valley Community Services will operate up to 14 units of affordable rental housing for women and children.

Kamal Dhillon – A Story of Survival