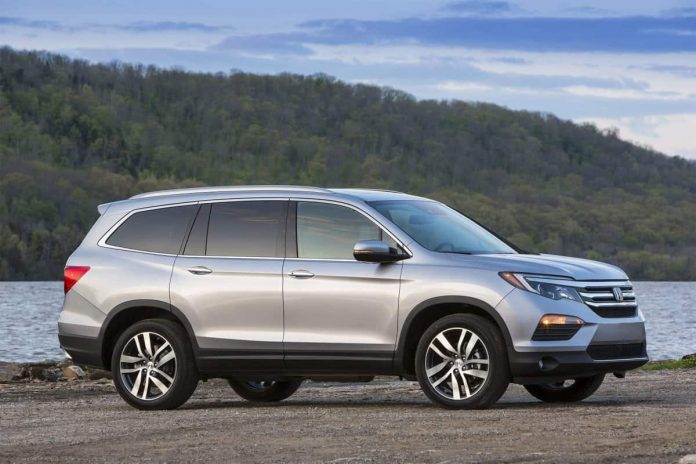 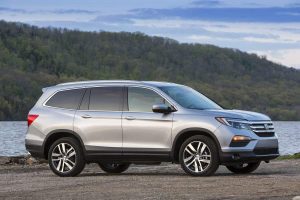 The 2017 Honda Pilot mid –size CUV, now enters its third generation with a sleeker more aerodynamic look to it. The new shape is trimmer, aerodynamic, and more efficient, as Honda claims a 10 per cent reduction in wind resistance.  The body redesign of the 2017 Honda Pilot is way less boxy body than its predecessor with its sweeping new curves and horizontal L-shaped front running and rear LED lights. Overall there is improved refinement in all areas, including: Standard equipment, safety, engine and transmission upgrades. Also of note is the amazing plethora of technology available in the new updated model. Standard features include Bluetooth with audio streaming, touchscreen audio, power features, cruise control, and air conditioning. As you move up in price, you can add satellite radio, navigation, leather trim, a DVD entertainment system, and heated and ventilated front seats.

Pricing for the 2017 Pilot starts at $40,090 for the front-wheel-drive Pilot LX-2WD; the mid- range EX models start at a base price of $42,090. At the top of the lineup, is the fully loaded All-wheel-drive Pilot Touring with a base price of $51,790. The Touring has all the equipment of the EX-L RES version and adds: Blind Spot Information system (replaces Honda Lanewatch blind spot display), Rear Cross Traffic Monitor system and auto high beam.  The Pilot is known for its versatility, and that’s in full force in this new version. Three rows of seats have space for up to eight passengers. The front seats are just about ideally shaped.

The base power plant remains a 3.5-litre V6 unit, now with 280 hp and 262 lb/ft of torque mated to either a six-speed automatic or a new a nine-speed push button automatic transmission; however, that only comes on the  top level Touring model as tested. Also new to Honda and making its debut on the Pilot is an optional, torque vectoring all-wheel-drive system for superior all weather traction.

Note, the Pilot, it can start getting expensive as you opt for the high spec models and so buyers should choose what they need carefully in terms of options Fuel consumption (Estimated) for the front-drive six-speed is 12.4/8.8/10.8L/100 km city/highway/combined. On the six-speed AWD it is 13.0/9.3/11.3L/100 km and 12.4/9.3/11.0L/100 km on the nine-speed AWD.  To sum up, the 2017 Honda Pilot is still an excellent up-to date stylish, technologically superior and formidable family CUV. Highly recommended.