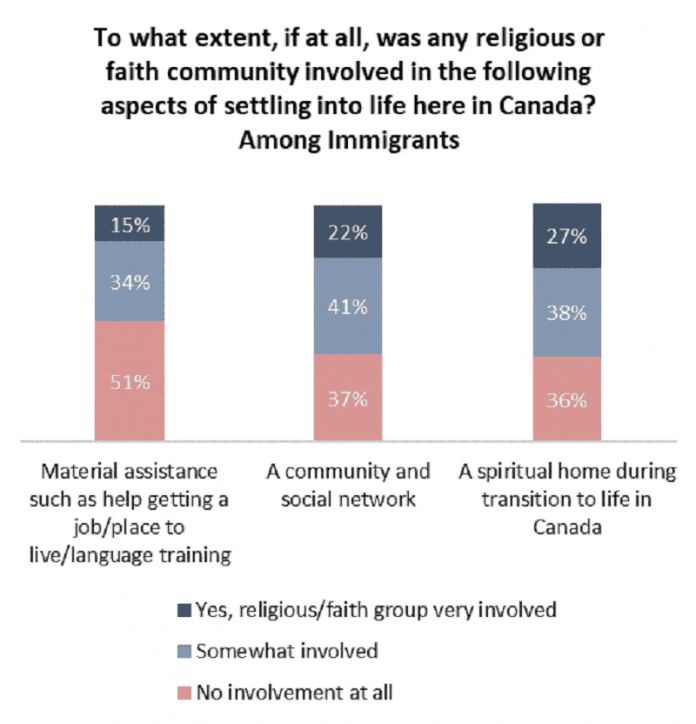 A comprehensive public opinion study of new Canadians – a partnership between the Angus Reid Institute and Cardus – suggests immigrants often seek and find help, both temporal and spiritual, from Canadian religious communities. These communities are evidently integral in new Canadians’ journeys into their new lives in this country.

Half of Canadians who were born outside of Canada (49%) say they received material support from faith based communities in Canada, including help finding a job or learning a language.

Further, six-in-ten (63%) say they relied on these groups to form a community and network after they arrived in the country. Second-generation Canadians, those whose parents were born outside of Canada, also say their parents received significant support when they arrived from these communities.

This extensive study explores the role that faith has played in helping immigrants and second-generation Canadians establish themselves, and the impact that this has on discussions of policy and societal values going forward in Canada.