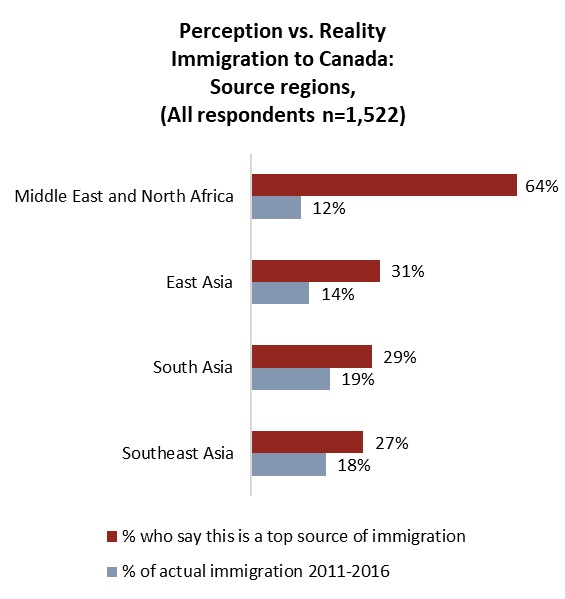 Canadians divided between Scheer, Trudeau and Singh over who’s best on immigration file

THE latest public opinion poll from the non-profit Angus Reid Institute indicates just over half (52%) of Canadians are on side with the immigration targets set out by Prime Minister Justin Trudeau. Four-in-ten (39%) say that the current level of 331,000 immigrants for 2019 is about right, while another 13 per cent would actually increase the total, as the Liberals plan to do over the coming years if re-elected.

For example, two-thirds of Canadians (64%) say that Canada accepts most of its immigrants from the Middle East and North Africa. This region actually represents about 12 per cent of immigration. Canadians also overestimate the percentage of refugees the country accepts by double, while underestimating the number of economic class immigrants significantly.

Against the backdrop of a looming vote, the top three leaders as best to handle the immigration file are Conservative Party leader Andrew Scheer (28%) followed by Liberal leader Trudeau (22%) and NDP leader Jagmeet Singh (18%).

New College of Immigration and Citizenship Consultants to open this fall