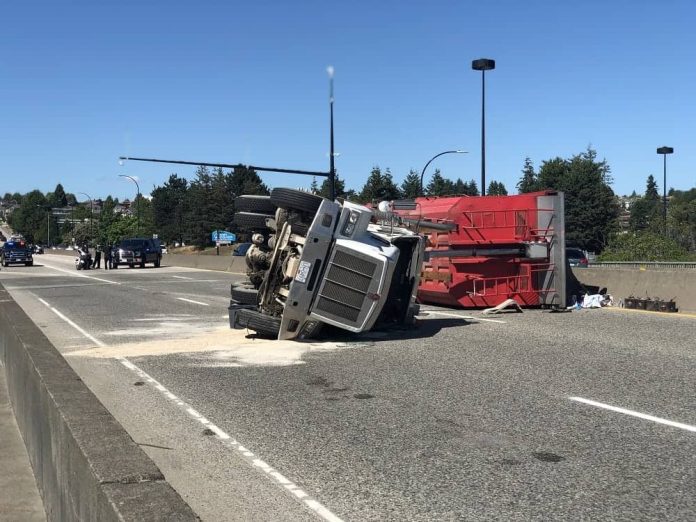 Traffic on the busy Knight Street Bridge was disrupted on Thursday after a semi flipped at the north end.  Later, while the bridge remained closed for southbound traffic, one lane was opened for northbound vehicles. A Hazmat Team was on scene to deal with spilled fluids.