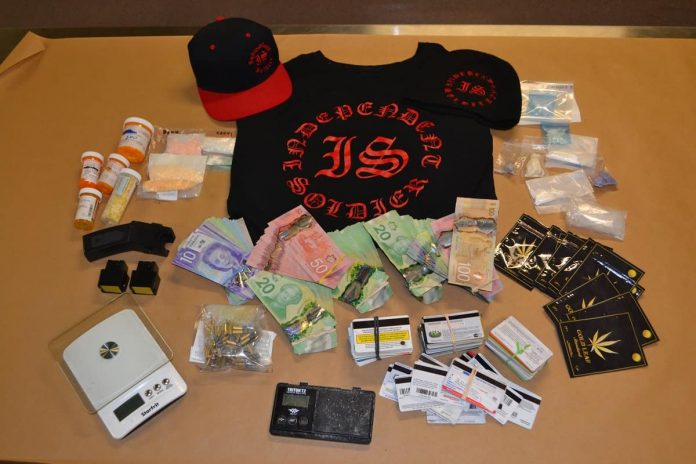 ON Wednesday, December 19, the Kelowna RCMP Drug Unit executed a search warrant in the 500-block of Valley Road, targeting a 32-year-old male who is a member of the Independent Soldiers gang. Police uncovered a conduit of drugs being trafficked throughout the Okanagan Valley and directly to some of Kelowna’s most vulnerable persons associated to a support shelter.

The Independent Soldiers gang member as well as a 44-year-old male associate may be facing numerous drug- and weapon-related charges.

“The result of this investigation and drugs seized by the Kelowna Drug Unit will have a direct impact on the drug supply to not only the vulnerable persons and others in downtown Kelowna, but also throughout the Okanagan Valley,” said Cpl. Jeff Carroll of the Kelowna RCMP Drug Unit.

1,200 to 1,400 identified individuals associated to gangs and organized crime in B.C.

Major gangs in B.C. in disarray as police keep going after them