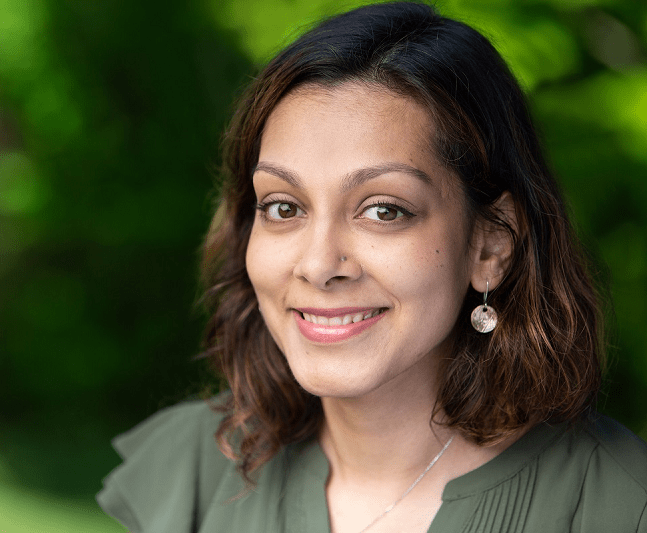 BETWEEN School Board and Council, the slate of Team Cote’s candidates is nearly 60% women, with three South Asian women running as part of the group.

“I think reflecting the diversity of the population is vital, especially when New West’s residents are 38.9% visible minorities,” said Anita Ansari, first-time candidate for New Westminster’s School Board. “It is still a challenge for women to get involved politically, and even more so for women of colour, so having three of us as part of Team Cote is a big deal.”

Ansari, herself a practicing engineer, points out that no person of colour has ever been elected to Council in New Westminster, and only two people of colour have ever been elected as trustees. Ansari and her fellow candidates think that it is the right time for more diverse local government.

“The South Asian community has a deep and established history in the New Westminster, and I am proud to step forward as a South Asian candidate in this election, said Gurveen Dhaliwal, another first-time candidate and life-long Queensborough resident. “My education and employment background are all about advocacy, and running is my way to taking responsibility for the change I want to see in the world.”

Each of the three South Asian women are highly qualified in their respective fields, and have strong qualifications for the roles they seek, but perhaps none more than Chinu Das. Das, a New Westminster resident for 29 years, holds a PhD in urban planning from UBC and has spent her life working for social change.

“I am so excited to be seeking a seat on our city council in order to put my life of experience and education to work for the betterment of the community I love,” said Das. “I am so pleased to be running with such a diverse and qualified group of candidates.”

Of the 11 candidates running for School Board and Council as part of Team Cote, seven are women, and four of those are women of colour, Nadine Nakagawa is the fourth woman of colour, running for City Council alongside Das.

“I couldn’t be more proud of the diverse and qualified team of independents we have put together,” said incumbent mayoral candidate Jonathan X. Cote. “Diversity of background, experience and perspective is important to ensure all voices are heard.”

Anita Ansari is an immigrant and a mother, who has resided in New Westminster for the last dozen years. She has a master’s degree in engineering, with experience working as an industrial and a process engineer in the past, and is currently employed as a safety engineer in a utility company. She is an advocate of non-profit and equitable child-care, serving as the Co-Chair of St. Barnabas Daycare Society, and connects local mothers in the community by serving as an administrator of the New West Mom’s Group, an online peer-support group linking over 3,000 mothers in the region.

Gurveen Dhaliwal is a life-long New Westminster resident, having been raised in the community of Queensborough. Dhaliwal has a degree in sociology, works with the provincial government’s Minister of State for Child Care, and has experience working in the federal government. She is championing inclusive and supportive schools across New Westminster to foster a safe and healthy community. Dhaliwal is very passionate about ensuring our schools are providing for the diverse needs of all students and would like to see an increase of mental health support services.

Chinu Das has lived in New Westminster for more than 29 years. She is an immigrant who came to Canada 39 years ago. She has a PhD from UBC in urban planning with a focus on social issues. Das has worked at New Westminster school district and at the United Way of the Lower Mainland. Most of her professional work has concentrated on the wellbeing of children and families, with a focus on immigrants. She does extensive volunteer work in New Westminster and has participated in many city and community committees and projects, including the Mayor’s Task Force on Public Engagement and the Seniors Advisory Committee.