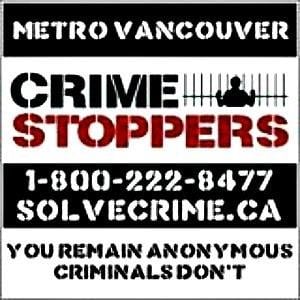 AS students go back to school this fall, a new concern is the developing trend to livestream events online, say Metro Vancouver Crime Stoppers. Children have been watching their favourite online personalities livestream for a while now and many kids across Canada are building channels and online audiences of their own. With the ubiquitous nature of mobile technology, any environment where children converge or spend time independently becomes a place to live broadcast and share events as they occur.

Research just published by Childnet, a U.K. child safety charity, suggests the use of livestreaming services launched in the past year by YouTube, Facebook and Instagram has already become a significant trend among youth. Some just want to watch, others want to be seen on the internet through livestreaming.

The study found more than 10 per cent of children age 8-17 in the United Kingdom have livestreamed themselves on Instagram, which seems to be emerging as the children’s choice, while teens prefer Facebook and You Tube. In Canada, trends of livestreaming on social media are emerging and mobile applications that offer live-stream options are preferred for sharing events in real time.

“Every year, our children become more tech savvy and immersed in online sharing, which is great for self-expression in a connected world, as long as there is oversight, education, and clear expectations from schools and guardians,” says, Jesse Miller of mediatedreality.com, a social media education company based in Vancouver. “Live-streaming is not new to kids, although the emerging trend of live-broadcast to peers or online followers has increased with Canadian youth as a “go-to” for social sharing of events. With reduced data rates and more WiFi available, it is safe to assume this is only the beginning on a normal social media behaviour where live-streaming will becoming increasingly common not only for kids but for all of us.”

Childnet suggests parents keep up with their kids about what they’re doing with their phones, and advises kids who want to watch livestreams be choosy, since they can’t be sure what they’ll actually see. Offensive or abusive content should be reported though online reporting, or to police.

“For those streaming, make positive choices and don’t reveal personal information. Names and locations could make you a victim of cyberbullying, and remember – once you broadcast it, it can’t be edited or taken back,” says Linda Annis, Executive Director of Metro Vancouver Crime Stoppers.

“If your child is being bullied online, save all available evidence and know where to report the incident, to the school, service provider the police or Crime Stoppers if the law has been broken. Reporting a criminal to Crime Stoppers or police can lead to charges, and an end to the intimidation.

The RCMP define cyberbullying as the use of communication technologies such as the Internet, social networking sites, websites, email, text messaging and instant messaging to repeatedly intimidate or harass others, including:

Metro Vancouver Crime Stoppers is not the police. Tips to Crime Stoppers can be provided by telephone or online through a secure server, texts, or free mobile apps. Tips from the public are passed on to authorities to investigate.

They don’t record phone calls, log IP addresses and they don’t need to know your name. Tipsters are provided with a code number and if their information results in a charge, arrest, the seizure of stolen property or illegal weapons, or the denial of a fraudulent insurance claim, a reward of up to $2000 may be offered.

Metro Vancouver Crime Stoppers is a non-profit society and registered charity that receives anonymous tip information about criminal activity and provides it to investigators in the communities of Metro Vancouver, British Columbia, Canada. http://www.solvecrime.ca/

Don’t fall for a coronavirus hoax