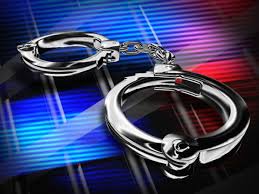 THE Integrated Homicide Investigation Team (IHIT) announced on Monday that they had secured manslaughter charges against 40-year-old Lawrence Alvin Sharpe and 35-year-old Oldouz Pournouruz in connection with the homicide of Michael Page-Vincelli in Burnaby.

On July 12, at 2:24 p.m., the Burnaby RCMP responded to an assault at a Starbucks in the 6500-block of Hastings Street. The male victim, identified as Page-Vincelli, was transported to hospital where he later died as a result of his injuries. IHIT were called and assumed conduct of this investigation.

On November 18, IHIT secured manslaughter charges. Sharpe and Pournouruz were arrested in Burnaby without incident and will be appearing in Vancouver Provincial Court on Monday.

“While this investigation is now before the courts, I can confirm that it was not a random act,” said IHIT Cpl. Frank Jang.

According to witnesses at the time, Page-Vincelli threw back a cigarette butt at a woman who had tossed it out her car window. The woman came back with a man and followed Page-Vincelli into a Starbucks. He was punched and hit his head on the counter as he fell. He was transported to hospital but succumbed to his injuries three days later.