BRAMPTON, Ontario: Looking for something other than a typical night out? The #MonsterWorld Mashup Launch Party is coming to Brampton on Friday, June 1, with an exciting array of musical guests, stand-up comedians and a visual art exhibition.

Good Kind Productions is collaborating with MonstrARTity to bring the popular global movement of the Sofar Sounds secret concert series to Brampton for the first time ever, where a secret lineup of surprise musical guests will have the crowd buzzing. The evening includes stand-up performances by a number of hilarious Brampton and GTA-based comedians, as well as a curated arts exhibit featuring works by local artists, with the support of Beaux Arts Brampton. The launch party will take place at The Den at Sheridan College, located on the Davis Campus. Free parking is available at the venue, and attendees are able to enjoy classic pub fare, Beau’s beer and other drinks at the bar during the show.

An exhilarating two-day event, #MonsterWorld Mashup is ready to take over Brampton this June 1-2, 2018. “We’re excited to have great partners and diverse artists in world music, urban music, comedy, spoken word and visual arts all working together to make our city spaces exciting”, says Executive Director of MonstrARTity, Vikas Kohli. “We’re presenting unique acts who represent the changing voices and faces of the GTA. The June 1st launch party will be a unique experience for the audience with Brampton’s first-ever Sofar secret concert and side-splitting comedy acts with comedians such as Amish Patel, Keesha Brownie, Nitish Sakhuja, Crystal Ferrier, Chris Robinson and Paul Thompson. Most of all, it’ll be a great time, so join us!”

The #MonsterWorld Mashup Launch Party on June 1 is a one-of-a-kind arts experience, with tickets on sale now at www.MonsterWorldMashup.com. Grab your friends and family for a different kind of night out with an evening of live music, comedy and fun! 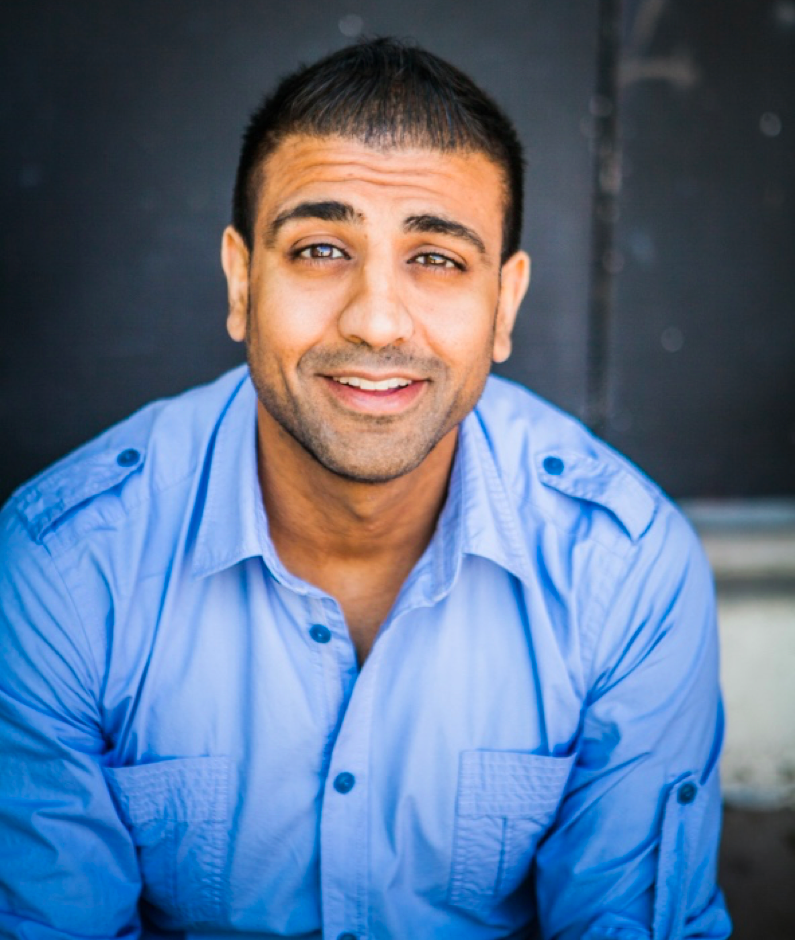 Amish Patel loved the idea of making people laugh from day one. His career in comedy began when he chose to produce his own sketch comedy show titled: Fade to Brown. Amish began selling out shows in the Toronto area, and was noted by media outlets including NOW Magazine and CBC. Today, Amish has nearly 10,000 combined followers across Instagram, Twitter and Facebook, and has racked up hundreds of thousands of views. Amish is also known for acting, as he recently booked a leading role on a kids’ comedy which will premiere this year on TVO, Amazon and Nickelodeon. He has also appeared on programs Saving Hope, Man Seeking Woman, Odd Squad, and as the host of Second City’s Diversity night. Famous comedian, Kevin Hart selected Amish’s original sketch comedy show, Melting Pot from hundreds of submissions at the Just for Laughs festival, and it is currently being developed for the LOL Network. 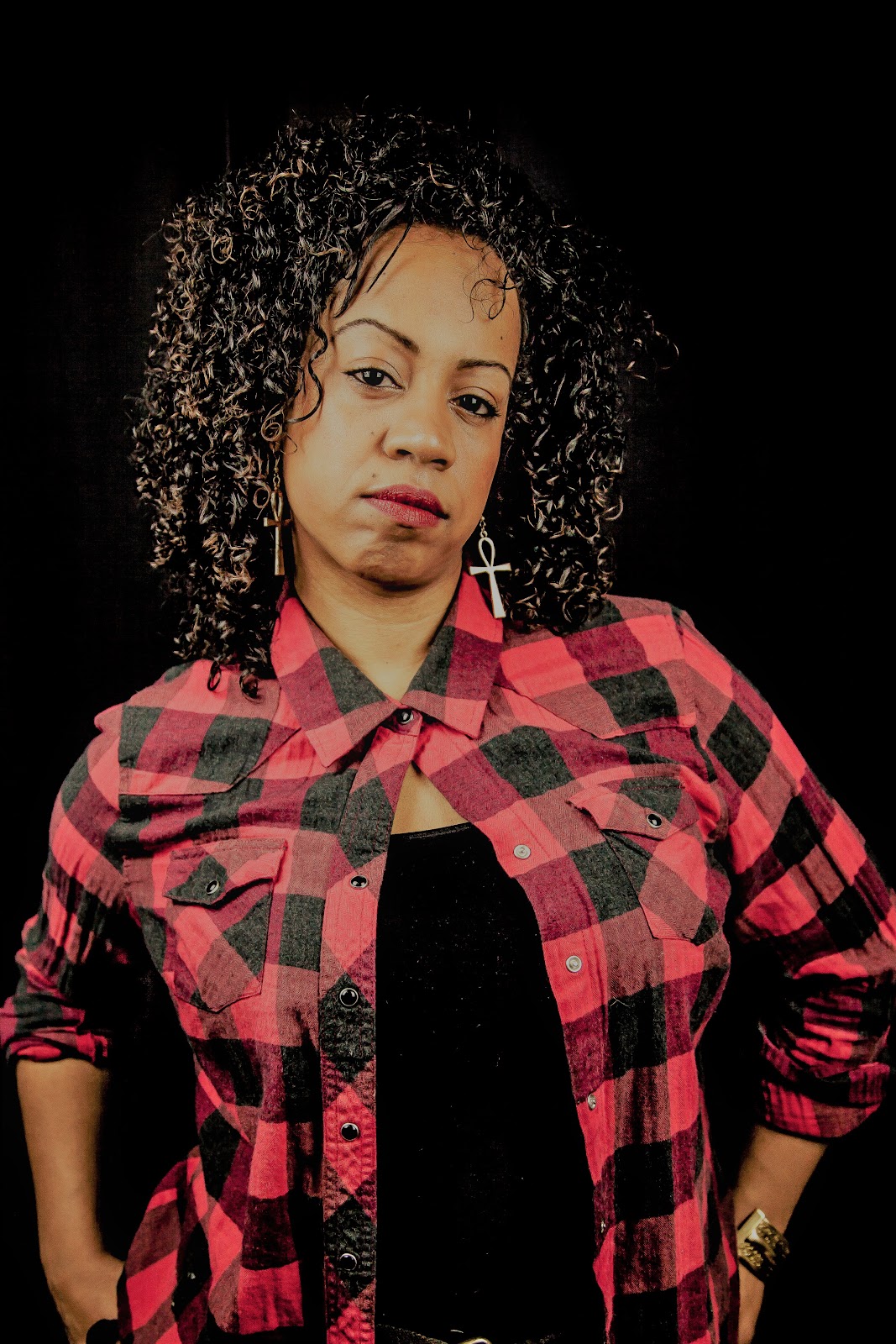 The most delicious name in the game. Montreal born Canadian with Jamaican

roots Keesha showcases a unique blend of her Canadian and West Indian Heritage in her piercingly comical style. Keesha is a Canadian Comedy Award nominee, and has appeared on MTV, CBC: The List, and has performed on various comedy festivals across North America. This Humber Theatre and Second City Graduate has also produced her own comedy series entitled Jokers Corner, based in her home of Brampton, Ontario. More recently Brownie can be seen on Kevin Hart’s LOL Network from Montreal’s Just For Laughs 2017, set to launch this summer. 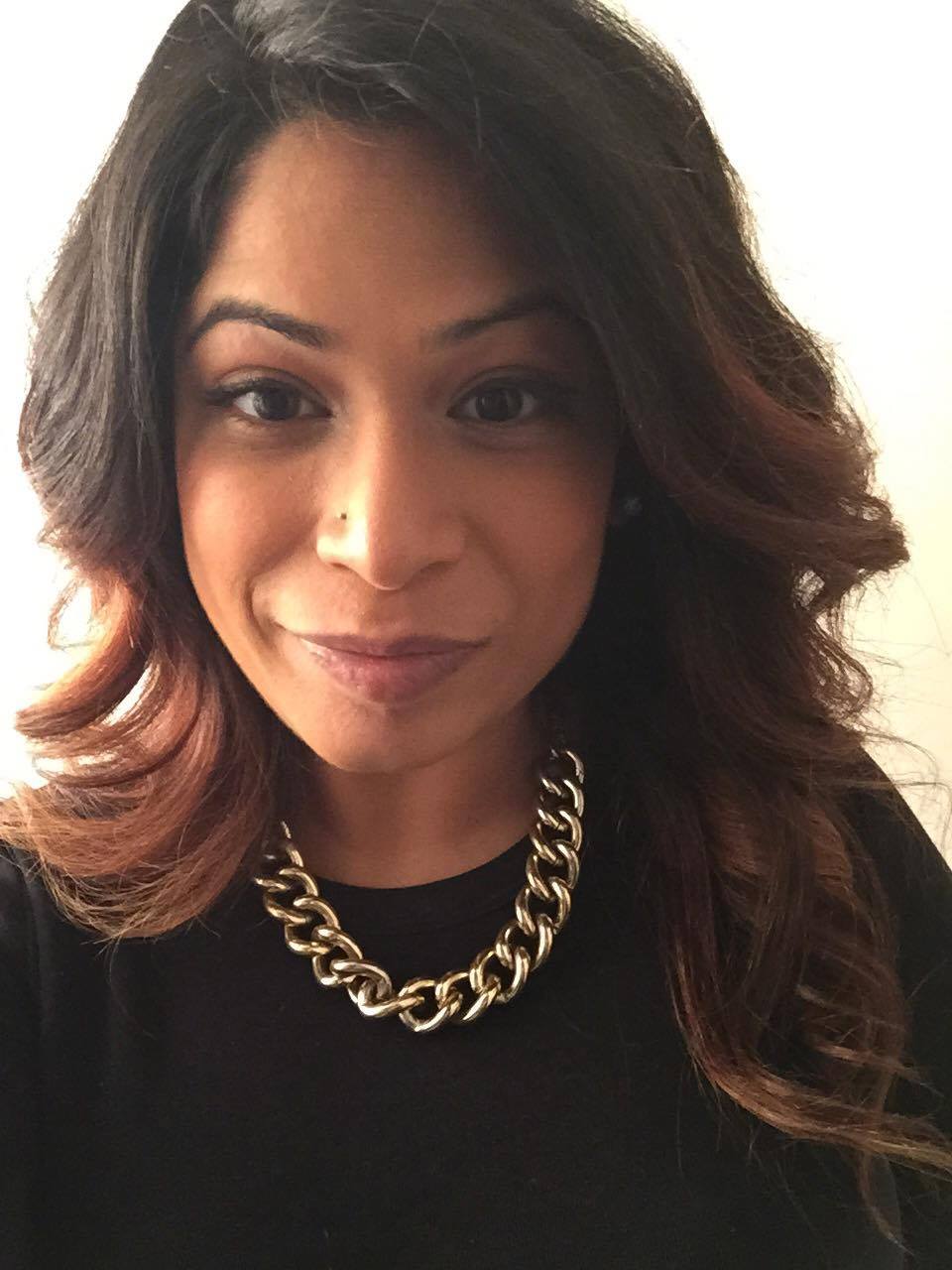 Super Woman is an understatement. By day, Crystal is a Behavioural Therapist. By night, she is an actress, comedian, model, writer and producer. A regular at Kenny Robinson’s Nubian Disciples of Pryor at YukYuks in Toronto, Crystal has also graced the stages of Caroline’s on Broadway NYC and The Comedy Store in Mumbai, India. She recently recorded for Kevin Hart’s LOL Network at Just for Laugh’s Montreal. A new mother of two children under two, this funny mummy’s real-life, raw comedic personality is unforgettable and will captivate anyone who falls in her company. 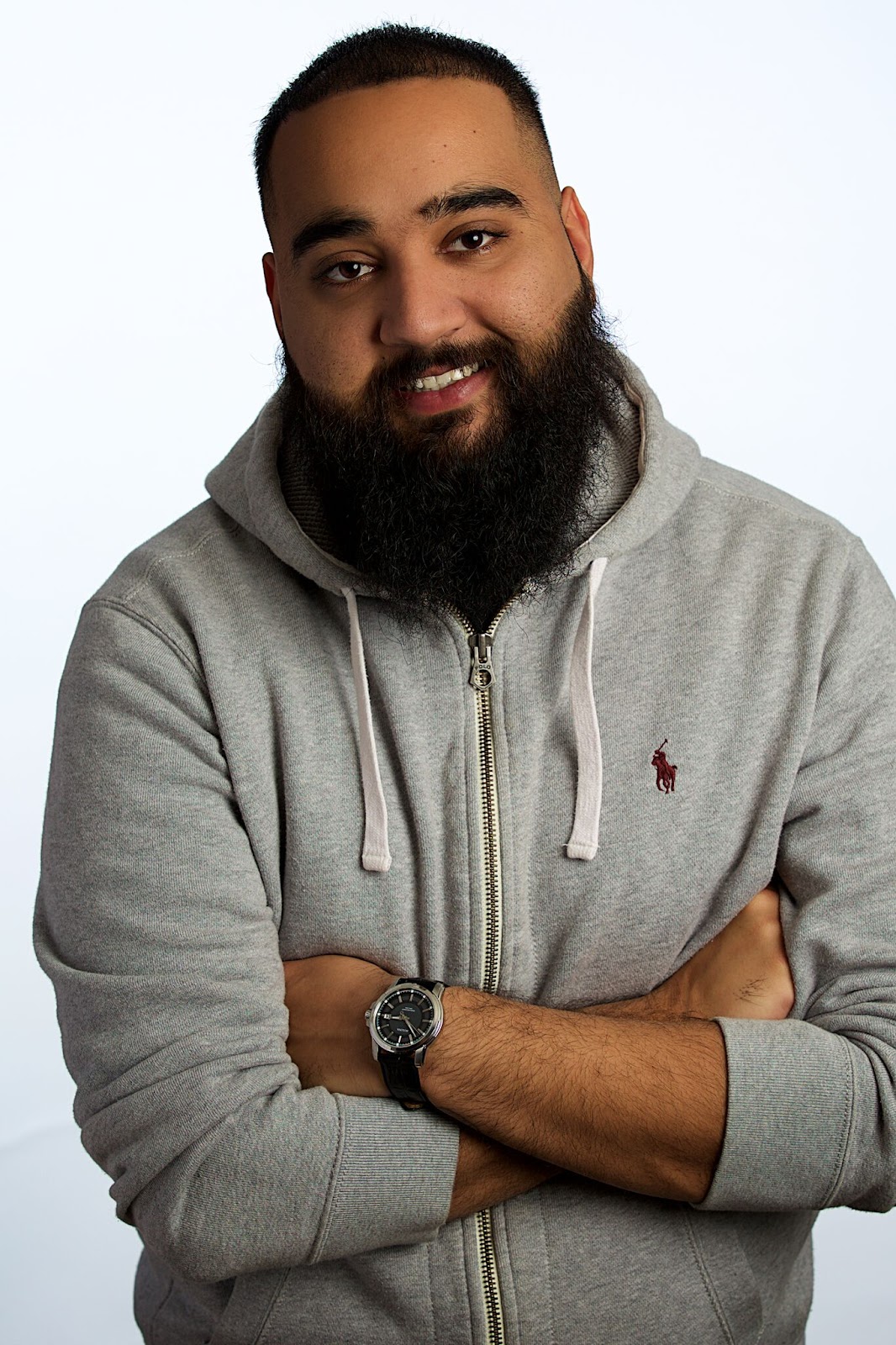 Nitish is a second-generation Indian Canadian, born and raised in Toronto’s Rexdale neighbourhood. A fixture on Toronto’s thriving “420 Friendly” stand-up scene, Sakhuja hosts and produces a weekly show at the cult comedy lounge “The Underground Comedy Club”, as well as making viral videos amassing over 7 million views for media giant HERB. Sakhuja is a regular favourite on the bill at Toronto’s Corner Comedy Club and fresh off the JFL 42 comedy festival. Watch out for the kid, he’s everywhere. Literally he’s on billboards across Ontario promoting a radio station. 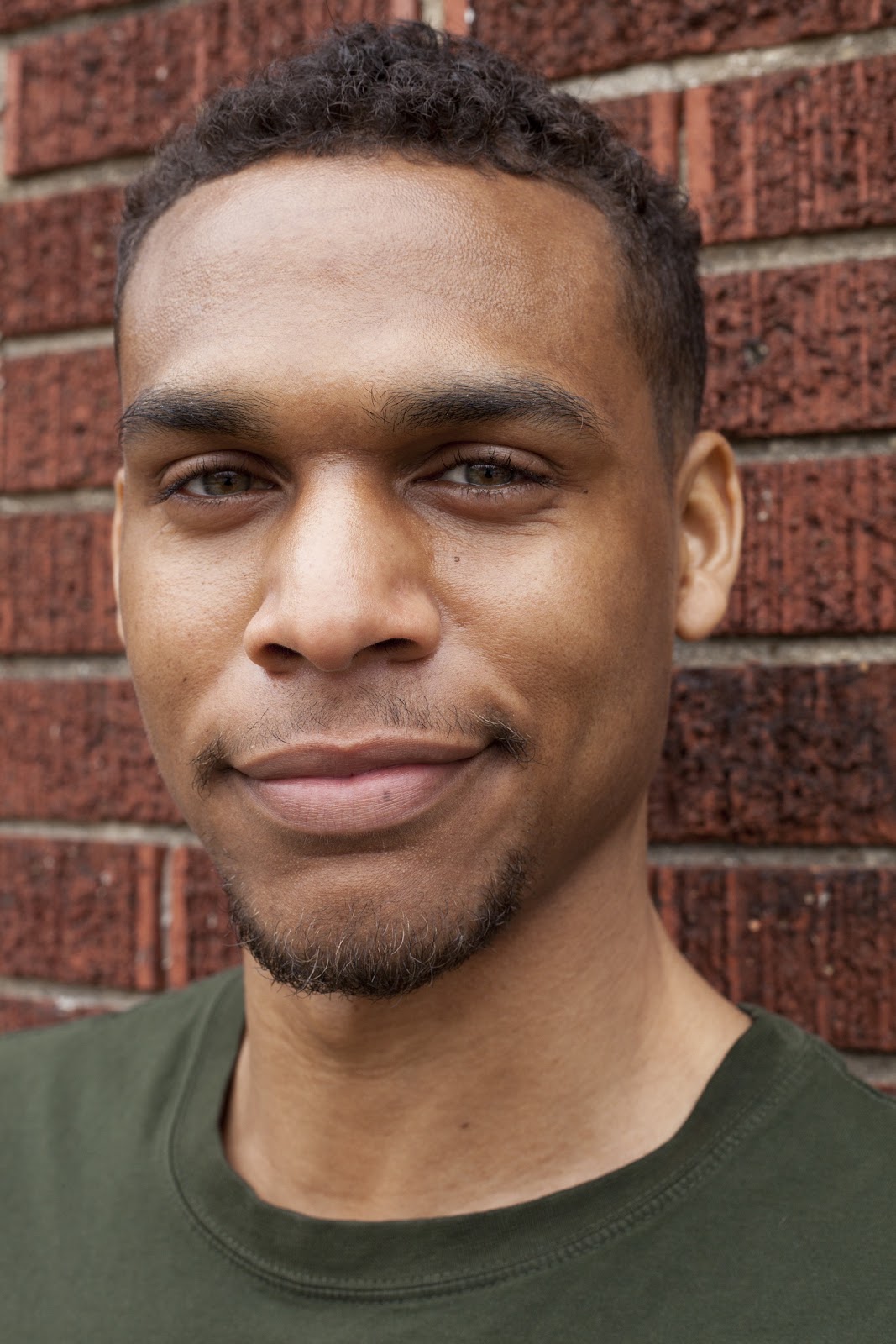 Chris Robinson is one of the premier comics in Canada. A Brampton native, his raw, conversational style has captivated audiences for a decade. He has done tapings for Just For Laughs and Kevin Hart’s LOL network. He also won $25,000 and the title of Sirius XM’s Top Comic in 2016. He additionally was presented The Arts Acclaim Award by the Mayor of Brampton in the summer of 2017, for his success in stand up comedy. Now Magazine has described him as having “charisma and raw talent to burn.” Chris offers a performance you won’t want to miss. 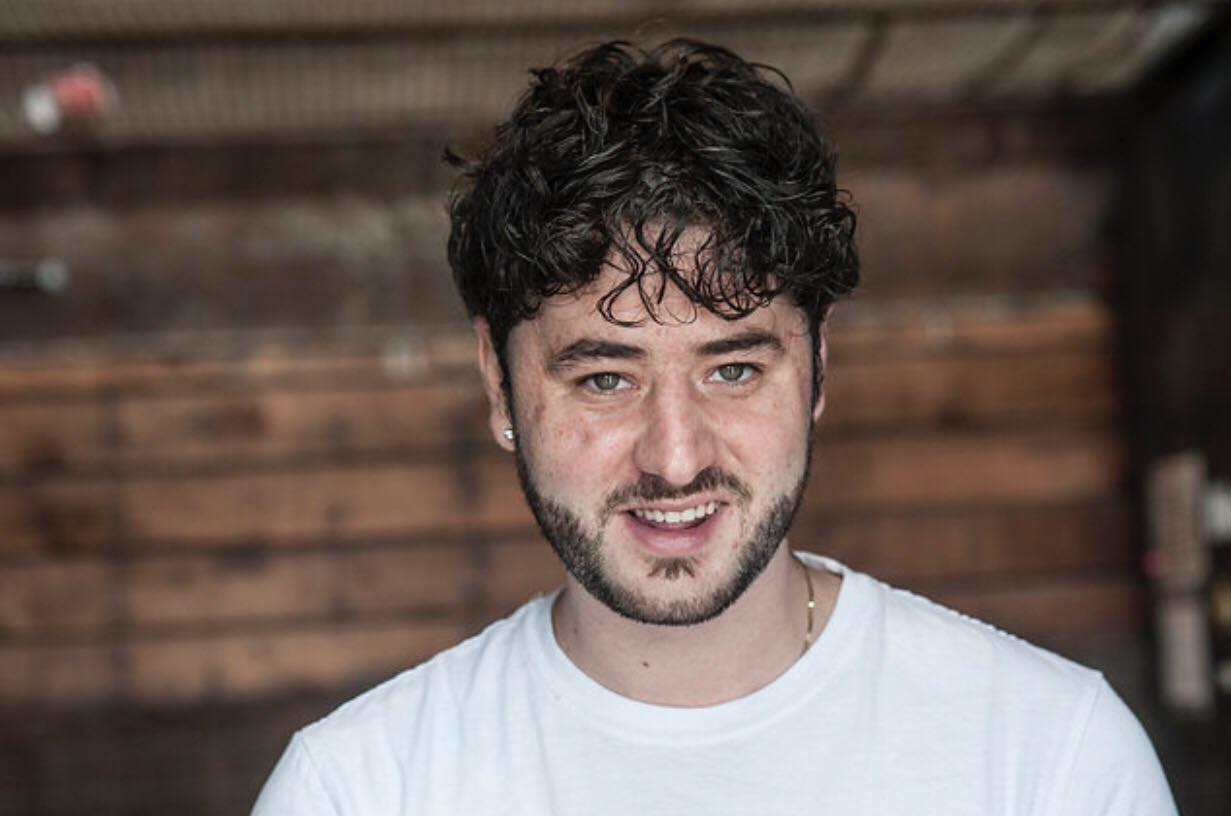 Paul Thompson is one of the fastest rising performers in Canada right now. Performing from a young age he has worked with such acts as Brian Posehn, Joe Rogan, Luenell, Kenny vs. Spenny and more. He has toured all of Canada and throughout the UK spreading a unique and unforgettable style of performing. He had a #1 comedy album on iTunes and has headlined Kenny Robinson’s famous Nubian Show. He recently made his debut at Just For Laughs taping a set for Kevin Hart. Amongst stand up he is also an active actor, best known as the voice of Wishbone for 3 seasons.

Sofar Sounds is a music events company founded in 2009. The company refers to themselves as a global community, where guests and artists come together to experience music in an intimate and respectful setting at a secret concert. The fun in it all is that the attendees have no idea which artists will be performing, hence the words “Secret Concert.” A Sofar gig is held in a unique venue to enhance the cohesion amongst the audience, creating a deep bond between them and the artists. Every lineup is specially curated to give the audience a diverse show that they have yet to experience before.

Good Kind Productions (GKP) is a not-for-profit arts presenter/producer that believes that there are only two kinds of art; they’re interested in the Good Kind. GKP is about bringing people together, creating contexts for the presentation of various art forms in which audiences are engaged, enlightened and entertained. Since its founding, GKP has worked with many of Toronto’s most important arts organizations and events — including Doors Open, Small World Music, Harbourfront Centre, the Aga Khan Museum and Massey Hall/Roy Thomson Hall.

Beaux Arts is an artist-run-centre that is membership driven, and was founded in 2002. Their efforts are constantly in support of the local community. Beaux Arts strive to provide a platform and representation for visual artists to exhibit and market their work. They welcome all visitors and promote cultural cohesion in the Brampton community.

Award-winning film composer and music producer, Vikas Kohli is the Artistic Director of MonstrARTity and is known for his expertise fusing together genres as varied as punk, classical and Bollywood pop.  He has received the Trailblazer Award from the ReelWorld Film Festival, Voice Achievers Award and a MARTY award from the Mississauga Arts Council. Kohli sits on the Board of Directors for Ontario Cultural Attractions Fund (OCAF), the Mayor’s Diversity and Inclusion Advisory Committee for the City of Mississauga and has been profiled on ET Canada, CBC The National, The Globe & Mail, The Hindustan Times and Zee News. Born in Ottawa, Kohli attended fine arts school, received an Honours Degree in Mathematics & Philosophy from the University of Toronto, his MBA from the Schulich School of Business and his CFA.