ISLAMIC Relief Canada and the Muslim Riders Club of Vancouver, along with members of various provincial chapters of the Sikh Motorcycle Club of Canada, have been riding together as part of a five-day journey across Western Canada that will end on Sunday, July 4.

The purpose of the ride is to raise awareness and funds for Palestinians affected by the recent violence in Gaza, but on Canada Day the group also stopped at the Kamloops Indian Residential School to pay their respects to the Indigenous children whose remains were found there.

This is the first time Muslim and Sikh motorbike enthusiasts have joined together for a ride of this kind. During the Kamloops stop, a plaque was presented on behalf of Islamic Relief Canada and a staff member spoke of the charity’s commitment to truth and reconciliation.

Today (Friday), the group of riders is in Edmonton, where they will be visiting Al Rashid Mosque in the afternoon. They plan to depart for Calgary between 4 and 5 p.m.

After arriving in Calgary on Friday night, the group will spend the night there. They plan to visit the Calgary Islamic Centre on Saturday, and then depart for Revelstoke, B.C. around 12 p.m.

Once the group arrives in Revelstoke, they will spend the night there. On Sunday, they will visit a Muslim cemetery and depart back home to Vancouver at 11 a.m. 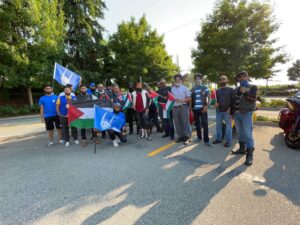 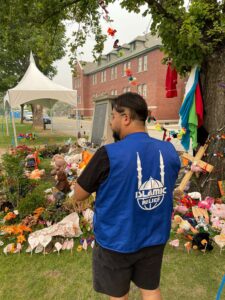 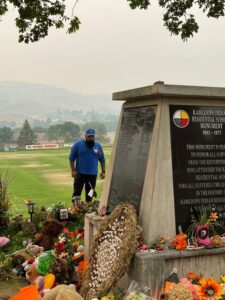 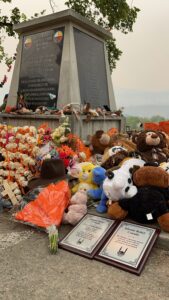