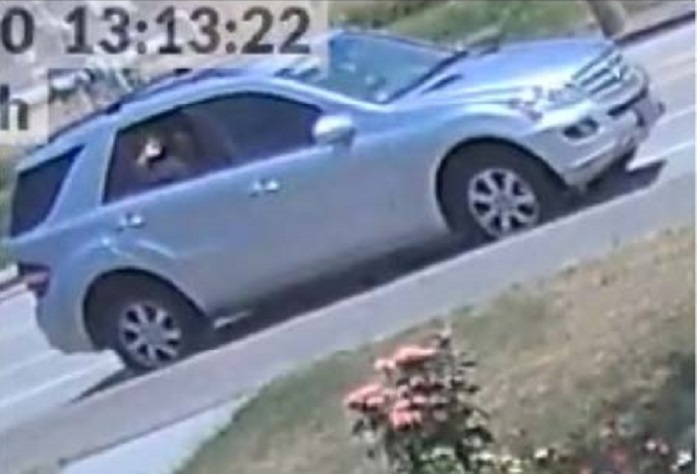 SURREY RCMP are asking for help to identify the suspects in a distraction theft that occurred in Whalley.

At approximately 1:15 p.m., on Wednesday, June 30, an elderly female was outside of her home in the 9900-block of 128 Street, when a silver Mercedes SUV stopped in front of the residence. The vehicle had three occupants, a man, a woman, and a small child in the back seat. The woman inside the vehicle stated it was her birthday and asked for a hug, when the elderly woman complied with the request, she had her personal jewelry stolen.

A home security camera captured a photo of the Mercedes SUV, and investigators are asking for help to identify the suspects involved (see photo).

“A distraction theft often involves a request for close personal contact, like a hug. The perpetrators of these types of thefts are very good at persuading victims to get close, often using tactics that make a person feel obligated to comply,” said Sgt. Elenore Sturko, Surrey RCMP Media Relations Officer, on Friday. “It is in these moments of a casual embrace, when the thieves will take the person’s valuables and often replace them with fakes. We are recommending that individuals avoid close personal contact with people they do not know.”