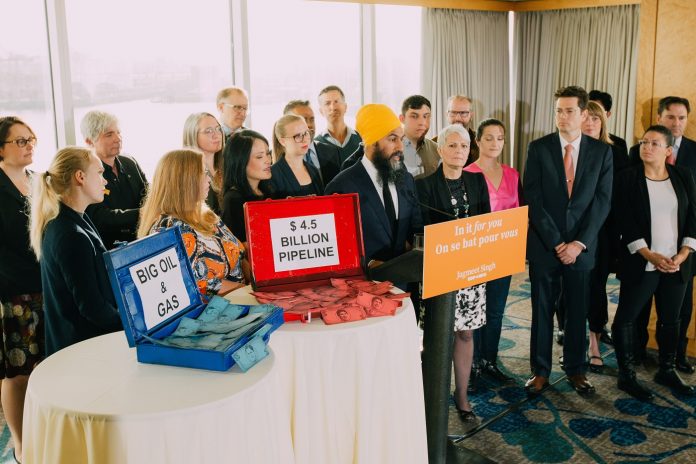 MORE affordable homes and a real plan to fight the climate crisis are at the heart of a New Deal for B.C. unveiled on Wednesday by NDP Leader Jagmeet Singh.

“When B.C. families asked for help with the out-of-control housing market, Justin Trudeau spent $4.5 billion of their money on a pipeline instead,” said Singh. “Liberals and Conservatives have failed people here for too long. British Columbians deserve a real partner in Ottawa: a New Democrat government that has the courage to do what’s right to make sure that everyone has an affordable place to call home.”

According to the NDP, while the B.C. government has done the hard work to tackle the housing crisis, Trudeau has failed to do enough on the money laundering and speculation that’s driving up real estate prices. The NDP’s urgent action plan includes a dedicated RCMP unit to fight money laundering and a national registry that prevents companies from hiding who profits from real estate, along with a tax on foreign buyers to address housing speculation.

“New Democrats understand the priorities of British Columbians, and we will fight for them,” said Singh. “Working families have paid the price long enough for the pretty words and empty promises. We’ll take real action to make housing more affordable, because we’re in it for you.”

The NDP’s plan to make life more affordable for B.C. families includes bringing down the cost of cell phone bills, and bringing in dental care and universal prescription drug coverage. New Democrats say they will also fight the climate crisis with a bold plan to defend Canada’s land, water and coasts, while creating good-paying jobs that families can rely on.

THE B.C. Liberals on Monday said that when asked about the NDP’s poor record of providing full wraparound supports for people struggling with...
Read more

NDP says addictions can be helped with ‘a cup of tea’:...