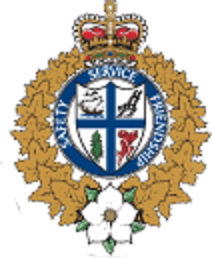 ON May 20, at approximately 6:30 a.m., New Westminster Police Department responded to a report of a male banging on the court house windows in the 600-block of Carnarvon Street.

While officers spoke with the male, he lunged at one of the officers, who was able to push him off. The male then pulled out a knife and advanced towards the officers, challenging them while holding the knife in hand.

The officers were able to reposition to create distance, while other officers responded. The male continued to be non-compliant with the officers’ directions. Officers believed he was a risk to public safety and deployed the ARWEN, which is a less-lethal distance option, and moved in to arrest the male. The male was safely taken into custody.

“This is an example of how a fairly routine call for service can escalate to a dangerous situation in an instant. Thankfully, officers were able to use their training and experience to resolve this situation safely,” said Acting Deputy Chief Paul Hyland. “The male sustained a minor injury to his thigh as a result of the ARWEN and was assessed medically at a local area hospital.”

New Westminster resident Craig Allen Abbott, 35, has been charged with two counts of assaulting a police officer with a weapon, and will be appearing before a judge.