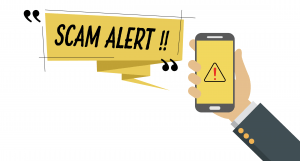 ‘Police officers will not call and threaten people with arrest, and then tell them they can avoid arrest by paying in Bitcoin’

A scammer pretending to be a Delta Police officer convinced a North Delta woman to deposit more than $10,000 cash in Bitcoin accounts on March 4.

“The scammer used simple technology to make it look like the phone call was coming from the Delta Police Department non-emergency number – 604-946-4411,” said Staff-Sgt. Brian Hill, head of one of the Delta Police patrol divisions, on Thursday. “However, this is a common technique used by criminals.”

The woman received a phone call from someone who claimed to be from Service Canada, stating her Social Insurance Number had been used illegally, and that the number was flagged as being involved in drug trafficking.

The woman was advised there was an arrest warrant issued for her, and that in order to clear up the case, she would need to deposit money into a Bitcoin account.

“Please help us spread the word – Canadian police officers will not call and threaten people with arrest, and then tell someone they can avoid arrest by paying in Bitcoin,” said Hill.

When the daughter contacted the actual Delta Police, the woman was intercepted on her way to get more money to pay a further $2,000 penalty.

Because the money was deposited into a Bitcoin account, there is no way to trace it.

March is Fraud Prevention month. In 2019 alone, Canadians lost over $98 million to fraud. Fraud awareness is one of the best ways to fight this problem.

The federal government of Canada has some great tips online, including the 2nd edition of the Little Black Book of scams. It’s available in a variety of languages including Chinese, Punjabi and Tagalog.  Check the Competition Bureau website.

Delta Police search for driver in Tuesday’s hit and run