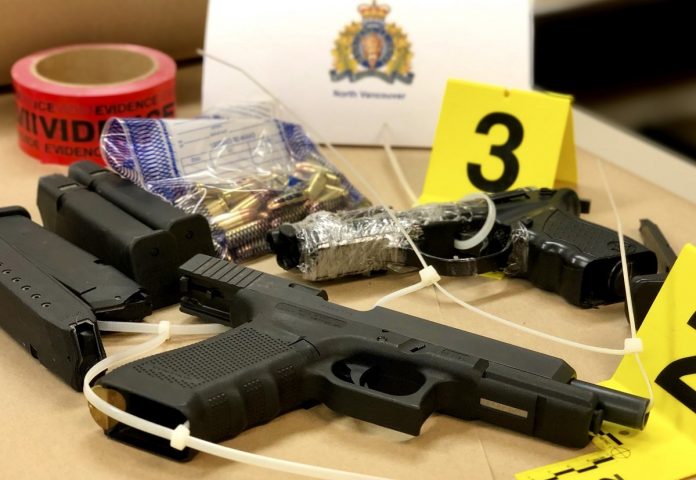 A high-stakes, fast-paced investigation by North Vancouver RCMP into a mail-order handgun purchase has led to seven charges against a North Van resident. With the assistance of a police negotiator, the Serious Crimes Unit made an arrest in less than 24 hours, and on May 23, the BC Prosecution Service approved the following charges against 29-year-old Trevor Glenn Beaton:

– possession of a restricted weapon contrary to a prohibition order;

– careless handling of a firearm

– unauthorized possession of a restricted firearm;

– possession of a prohibited weapon, device or ammunition;

– possession of a restricted firearm while it is loaded;

– unlawful possession of identity documents; and

On the morning of April 30, RCMP in North Vancouver commenced an investigation after receiving information from Armstrong RCMP about a fraudulent transaction involving the private sale of a handgun to a buyer in North Vancouver. “We absolutely did not want another illegal handgun to make it to the street,” said Sgt. Peter DeVries. “We knew we had a limited amount of time before it would be lost to the criminal element. So we jumped on it. We worked hard, we worked smart, and we worked fast.”

By the end of the day, officers had tracked the suspect to an address in Vancouver, and shortly after midnight on the morning of May 1, they made an arrest. They got the suspect in less than 24 hours, but they still didn’t have the gun. So they obtained search warrants for two units at an address in Vancouver where they thought the gun was stashed and started looking. “We got it,” said DeVries. “Police located a variety of other items, including ammunition, holsters, and an airsoft pistol. It’s one less stray bullet, one less armed robbery, one less danger to the community.”

Beaton has been remanded in the custody of BC Corrections until his next court appearance on June 10.