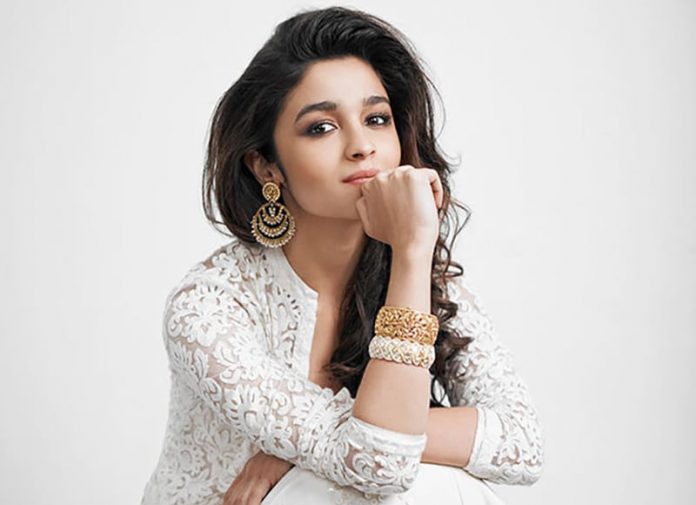 New Delhi (PTI): She may personify spontaneity on screen but Alia Bhatt says acting is a “challenge” and she is “not naturally gifted” at it.
The 25-year-old actor says she tries not to take her profession seriously and let the ‘act’ from the actor flow into the character arc when it is show time.
“Nothing comes naturally to me. I’m not saying acting is a terrible procedure. It’s a challenge. But the process is such that you don’t have to take it seriously and just let it flow naturally in a sense of the character, not you as an actor,” Bhatt told reporters in a group interview here.
The actor was in the national capital to promote her upcoming film “Raazi”, with director Meghna Gulzar and co-star Vicky Kaushal.
In the film set against the 1971 War, Bhatt plays an Indian woman who marries into a family of Pakistani Armymen to spy for her country.
Talking about her character, Sehmat, the actor says there is a misconception that one has to have a James Bond-like persona to be a spy.
“You don’t have to have a strong and forceful demeanour to look like a spy. She’s (Sehmat) very quiet, feminine and scared at the same time. She’s graceful, soft and at the same time very strong. I watched some films to get the character’s outline right but I didn’t have to do anything overtly. I just had to stay true to the situation.”
Bhatt, who recently completed five years in the Hindi film industry, says she has managed to stay away from a particular image as she is inherently wired to pick up “a variety of roles”.
“An actor is nothing without the story or the character they play. I’m automatically more attracted to the variety of roles, the scope of portrayal in the story and the genre. It’s not like I put too much thought in picking up roles.
“You may take some time in choosing a type of character but eventually you know what your gut wants. First instinct is usually the one that you should go with and that’s what I do. Every time I give too much thought into a project, I know I should not be doing it,” she said.
The film, based on Harinder Sikka’s novel “Calling Sehmat”, is a true story and Gulzar says it explores the existence of several “unsung heroes”.
The director says emotions and ideals have evolved over time from 1971 till now and similarly, the concept of heroes also needs to keep up with the change.
“Otherwise, we will become stagnant as a society,” she added.
At a time when nationalism is the newest subject of films, Gulzar said if “Raazi” is able to spark a debate about introspection with respect to the idea, the team would consider it a success.
“The kind of patriotism we are talking about in the film may come across as unfamiliar but because this is a true story, the emotions the nations felt at that time, do they exist today or should they even exist is the question.
“If the film succeeds to spark a debate about introspection with respect to the idea of nationalism, we would be happy. If people start questioning what is the essence of patriotism, what is it to love and sacrifice for your country, I will be very happy.”
Bhatt said she draws inspiration from different people for different reasons.
“There’s not one particular person whom I would say is my complete idol. But I feel it’s important to learn from everyone around you. Not only the ones who are more successful that you – even the simplest ones you come across. May be not in the same field, if you have your heart and mind open,” she said.
Also starring Rajit Kapur, Soni Razdan, Shishir Sharma, Jaideep Ahlawat and Amruta Khanvilkar, the film releases this Friday.