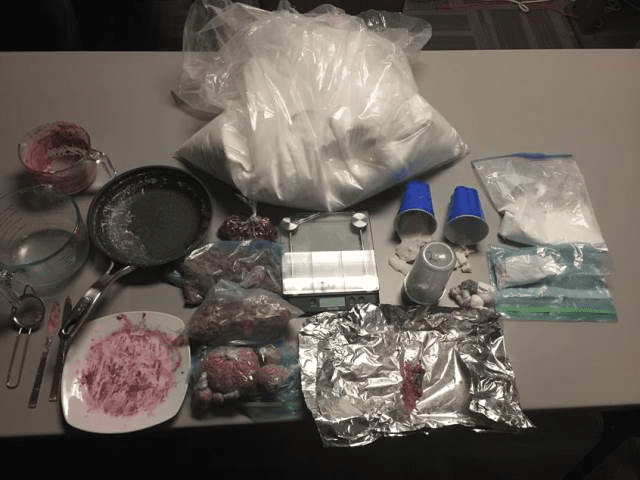 PEEL Regional Police announced on Thursday that their investigators from the Street Level Organized Crime Unit have arrested and charged three men in relation to a drug trafficking investigation.

After a lengthy investigation that commenced in June, several search warrants were executed at addresses in Brampton and Caledon resulting in the following illegal drugs being located and seized:

Peel Regional Police said they are proactively taking steps to arrest the individuals responsible for the distribution of these dangerous drugs. As a result, three males with ties to organized crime have been arrested.

* Akram Ibrahim, 28, of Brampton was charged with three drug-related offences and will appear in the Ontario Court of Justice in Brampton at a future date.

* Christopher Singh, 20, of Brampton was charged with 12 drug-related offences and appeared in the Ontario Court of Justice on July 25.

* Graham Fraser, 29, of Fergus was charged with one drug-related offence and will appear in the Ontario Court of Justice in Brampton at a future date.

“This seizure of fentanyl is substantial and its removal from our community demonstrates the commitment that the Vice, Narcotic and Street Level Organized Crime Unit has to proactively investigate public safety matters.  Public safety is one of our primary concerns and we will continue to vigorously investigate matters involving illicit drugs,” police said.

Anyone with information in relation to this investigation is urged to call the Vice, Narcotics, and Street Level Organized Crime Unit at (905) 453-2121, ext. 3515.  Information may also be left anonymously by calling Peel Crime Stoppers at 1-800-222-TIPS (8477), or by visiting www.peelcrimestoppers.ca.