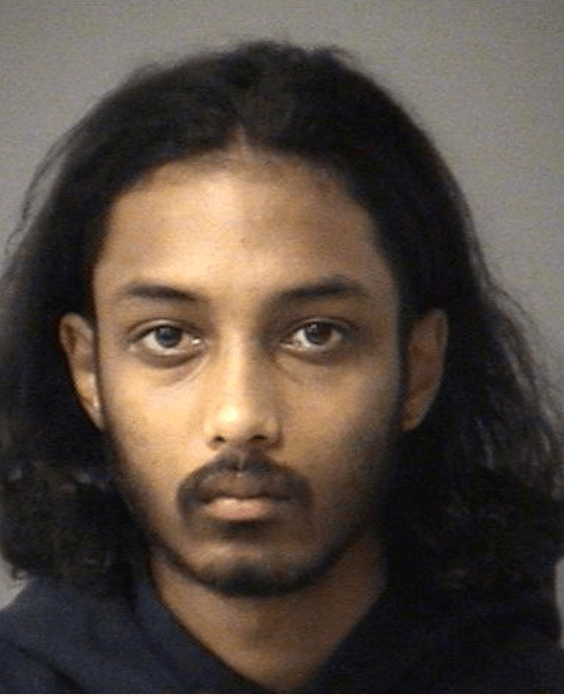 INVESTIGATORS from the Peel Regional Police Homicide and Missing Persons Bureau, who are investigating the homicide of Riley Driver-Martin, a 14 year-old boy of Mississauga, have now obtained an arrest warrant for a second suspect.

The victim was located on Friday, December 7 at 7:58 a.m. after police received a call to a park in the area of Lewisham Drive and Truscott Drive in Mississauga.

Nicholas Mahabir, a 20 year-old man from Mississauga, was arrested and charged with second-degree  murder on December 7.

On Saturday, December 8, an arrest warrant for second-degree murder was issued for Mark Mahabir, a 20-year-old man from Mississauga. Mark Mahabir is the brother of Nicholas Mahabir. Mark Mahabir is described as a South Asian male, 5’8”, 97 lb, black hair and brown eyes (see photo).

Mark Mahabir is considered a danger to the public. If he is located, do not approach and call 911 immediately.

Anyone found assisting Mark Mahabir in evading arrest, may be arrested and subject to prosecution.

Investigators are appealing for witnesses, video surveillance or anyone who may have information concerning this investigation to contact Peel Regional Police Homicide and Missing Persons Bureau at (905) 453-2121 Ext 3205. Information may also be left anonymously by calling Crime Stoppers at 1-800-222-TIPS (8477) or by visiting peelcrimestoppers.ca