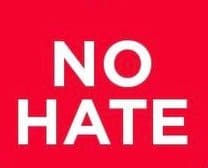 THE National Council of Canadian Muslims (NCCM) on Thursday said it was alarmed at the series of packets mailed to mosques in the Edmonton area containing various kinds of white powder in an apparent anthrax scare.

“During this last week, one such packet was mailed to a mosque in the Edmonton area. A mosque employee opened the package and immediately, a white powder substance landed on their skin and clothes. Later police analysis revealed the substance to be an innocuous substance,” the NCCM said.

Another package was sent on Thursday to another mosque, also in the Edmonton area. A white powder also burst out when the package was opened and is currently being analyzed by authorities, it added.

“We condemn these acts and urge the Edmonton Police Service to investigate these incidents as potentially hate motivated.

“While we do not want members of our community to unduly panic, we want to be clear that this is concerning. If anyone receives a suspicious package, please call 9-1-1 or the non-emergency line immediately,” the NCCM said.