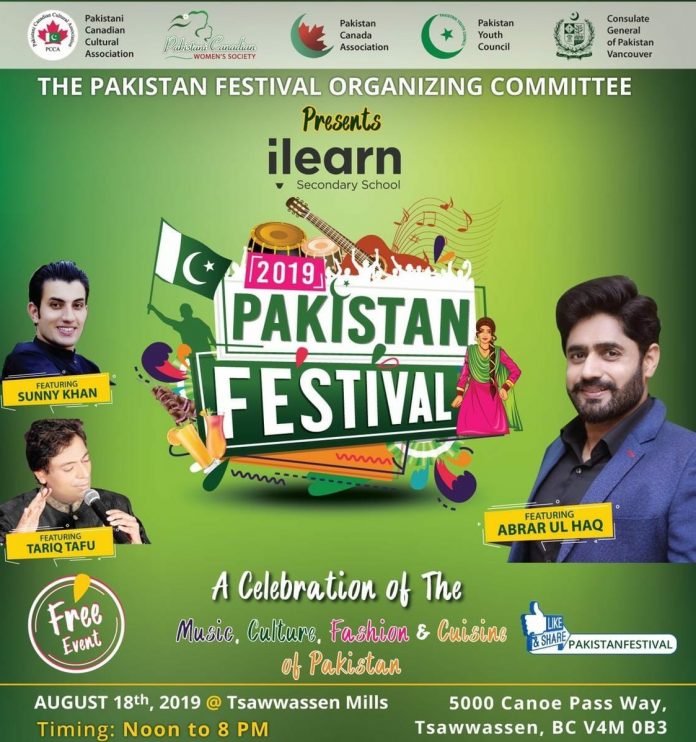 THE Pakistani community is richly comprised of families that have been here for generations and others that have just arrived on Canadian soil. Today Pakistani-Canadians form an important part of the cultural fabric of Canada and have richly contributed to the continued development of this beautiful province.
On several occasions each year, the community comes together to organize national, cultural and religious events which serves the purpose of not only bringing Pakistanis together but introducing Pakistan to the greater Canadian community. August 14, 1947 marks the day when Pakistan was born and entered the world as an independent and sovereign nation. To celebrate this highly significant day the Pakistani-Canadian community decided to organize a “Pakistan Festival” to showcase the cultural heritage, diversity, geography, music, dress, cuisine, customs and traditions of all corners of Pakistan.
The importance of this event goes beyond providing a venue for families to meet and have fun; it provides Pakistani-Canadians with a voice and platform to promote understanding amongst other communities and faith groups. It is our hope that through this initiative Canadians of all origins will be able to engage in meaningful dialogue and gain a better understanding of the people of Pakistan while gaining a greater appreciation for the unique culture of Pakistan. Above all, this event provides an opportunity for strengthening friendships and cooperation between those Canadians of Pakistani origin and the greater Canadian community

The inaugural Pakistan Festival in British Columbia was held at Holland Park in Surrey on August 16, 2009. The first event of its kind in the Lower Mainland, the festival was a resounding success with an estimated attendance of 10,000 people representing the cultural mosaic Canada prides itself on.

Pakistan Festival 2019 is taking place at the Tsawwassen Mills Mall on Sunday, August 18 from noon to 8 p.m. The event promises to build upon the successes of the past events while adding new and exciting attractions. Pakistani products and handicrafts will proudly be on hand for sale and display. Our expanded food pavilion promises to be a highlight of this year’s festival showcasing the taste of not only traditional Pakistani dishes but other local and ethnic flavors. Local artists will display their talents. A fashion show will illuminate the wide array of Pakistani dress and style while a children’s tableau will fill the grounds with the sights and sounds of traditional and contemporary Pakistani song and dance. Plenty of games, magic shows and other attractions will be available for children throughout the entire event. Admission to the event is free of cost to anyone wishing to attend.