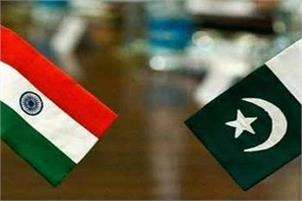 Islamabad (IANS): Pakistani authorities on Tuesday announced the complete reopening of the country’s airspace for civilian flights, nearly five months after the military escalation with India.

“With immediate effect Pakistan airspace is open for all type of civil traffic on published ATS (Air Traffic Service) routes,” according to a notice to airmen (NOTAMS) published on the CAA’s website.

In March, Pakistan had partially opened its airspace but kept it closed for Indian flights.

Pakistan closed off its airspace on February 27, resulting in the cancellation of all domestic flights and the diversion of international flights, although operations were partially resumed at a handful of airports a short while later, reports Efe news.

Pakistan’s move came after the Indian Air Force’s February 26 Balakot strike which was in retaliation to the February 14 suicide bombing in Jammu and Kashmir’s Pulwama district that killed 42 CRPF troopers.

The attack was carried out by the Pakistan-based Jaish-e-Mohammed terror group.

Following the Balakot strike, Islamabad bombed Indian territory, triggering air combat in which fighter jets were shot down and an Indian pilot was captured by Pakistan, though he was released.

“The Indian government approached asking us to open the airspace. We conveyed our concerns that first India must withdraw its fighter planes placed forward,” Dawn news reported citing Nusrat as telling the Senate Standing Committee on Aviation.