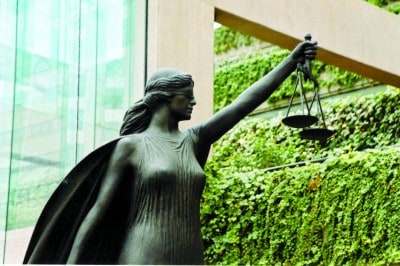 JOGA Singh Badwal, who had been charged in December 2014 with two offences under the Immigration and Refugee Protection Act, has been found not guilty of human smuggling. But on the second charge of failing to bring persons for examination upon entering Canada, he was found guilty by B.C. Supreme Court Justice Jennifer Duncan in a ruling released this week.

Back in January 2015, the RCMP had announced in a press release that Badal, who was 64 years old at the time, had been charged a month earlier with one count of smuggling 10 or more persons and one count of failing to bring persons for examination upon entering Canada under the Immigration and Refugee Protection Act.

The investigation began in 2010 after the RCMP became aware of some illegal cross-border movement between Canada and the United States. In partnership with U.S. Immigration and Customs Enforcement’s Homeland Security Investigations, the U.S. Border Patrol, and Canada Border Services Agency, an investigation was launched focusing on the involvement of a South Asian male, alleged to have been utilizing his status as a spiritual leader within the South Asian community, to assist other members of that community in gaining entry to Canada.

THE court ruling said that the 10 individuals referred to in both counts were undercover RCMP officers.

According to the ruling, Badwal was investigated by the RCMP between May 2011 and October 2012. The RCMP, through its Border Integrity Unit, received information that he was involved in smuggling people across the border between Canada and the U.S. The RCMP had Badwal under surveillance at different times in 2011 and 2012, but he was not observed to be involved in any illegal activity.

In May 2012 an RCMP Sgt., acting in an undercover capacity, contacted Badwal by telephone. He spoke in Punjabi and said he was looking for help to bring people into Canada from the U.S. Badwal said he could help. The two men spoke on the phone and then met in person at Badwal’s home, which also served as a temple, at 264th Street and 3rd Avenue in Aldergrove.

On three occasions in 2012 undercover members of the RCMP travelled into the U.S. to be “smuggled” back into Canada. The Sgt. paid Badwal varying sums of money to have them covertly transported to an area on the American side of the border where they crossed on foot to the Canadian side. From there the undercover officers were picked up along Zero Avenue by drivers arranged by Badwal and dropped off at locations several miles north of the border.

Given that the individuals Badwal is alleged to have smuggled into the country were undercover officers with pre-clearance to enter Canada rather than undocumented migrants, the Crown’s position was that he was guilty of an attempt to commit the offences.

The judge noted that after Badwal was charged in the fall of 2012, a group of persons charged with human smuggling challenged the constitutionality of s. 117 of the IRPA. That litigation delayed the start of this trial.

The Supreme Court of Canada found the reach of s. 117 was unconstitutionally broad and read the provision down to exclude the possibility of prosecuting people who were assisting family members or providing humanitarian or mutual aid to undocumented migrants seeking to enter Canada. The version of s. 117 that existed at the time Badwal was charged has been amended.

The Crown submirtted that it had proven Badwal’s knowledge that the people for whom he was facilitating surreptitious passage had no documentation through wilful blindness.

The judge noted: “I find that Mr. Badwal’s actions speak to an individual who was keenly aware that what he was doing was illegal. He used “pay as you go” phones because he was concerned about police “tapping” his phone. He advised Sgt. D to tell his friends to bring as little as possible with them in order to avoid attracting the attention of border authorities. He referred to an occasion in the July 13 conversation with Sgt. D when he was sitting with a “guy who was ‘illegal’” and that someone must have reported the border crossing. On another occasion he said he never said anything disrespectful to the authorities because “I’m doing wrong things”.”

She also noted: “Mr. Badwal was savvy about where cameras and sensors were placed along Zero Avenue. He knew when there were extra officers placed to patrol the border. While Sgt. D made references to some of the people he wanted brought across the border as refugees, Mr. Badwal was not operating a humanitarian outreach program for undocumented migrants. He told Sgt. D he had been transporting people back and forth for 30 years and had stepped back from doing the driving himself, which I find was an obvious attempt to cool his profile with border authorities.”

She said: “The difficulty with the Crown’s case lies with whether the only reasonable inference from the evidence is that Mr. Badwal was wilfully blind that the individuals crossing the border lacked the requisite documents to enter Canada, versus wilfully blind they wanted to cross the border without detection for other unspecified reasons. Proof of the former is an essential element of the offence as the section read at the time these events occurred.

“Notwithstanding Mr. Badwal’s covert operation to move people back and forth across the border and awareness that what he was doing was wrong, I am not satisfied beyond a reasonable doubt that the Crown has proven the essential element of Count 1 concerning documentation through wilful blindness. Accordingly, I find him not guilty of Count 1.”

The judge noted that s. 117 was amended after Badwal was charged. It now reads: “No person shall organize, induce, aid or abet the coming into Canada of one or more persons knowing that, or being reckless as to whether, their coming into Canada is or would be in contravention of this Act.”

HOWEVER, on the second count, failing to bring persons for examination upon entering Canada, the judge found Badwal guilty.

She noted: “Mr. Badwal made arrangements with Sgt. D to deliver his people wherever Sgt. D asked. Mr. Badwal had the undercover officers delivered to a McDonald’s several miles north of the border on the first two occasions and to an area near the same McDonald’s on the last occasion. It was all part of his covert border crossing concierge service to arrange for people to cross the border undetected then continue the deception by arranging a rendezvous point that was not at a port of entry.

“It would have been absurd for Mr. Badwal to arrange a surreptitious border crossing for people, then present them without delay at a port of entry for examination. That would have quickly ended his venture, which by his own estimation had lasted 30 years, and it is utterly inconsistent with how he presented himself and his services to Sgt D.”