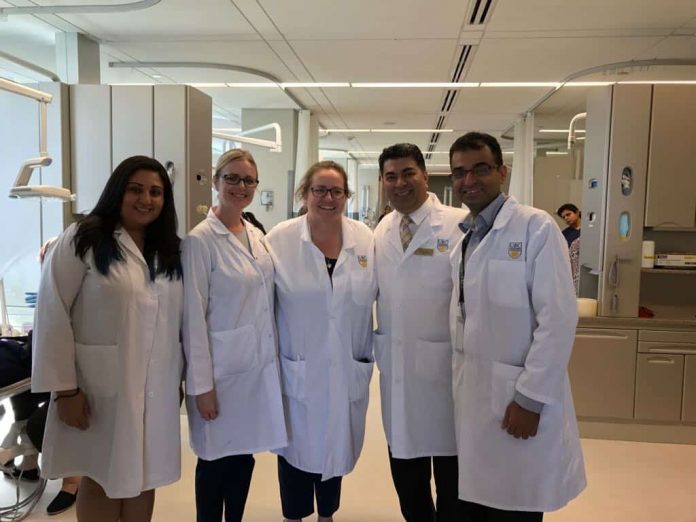 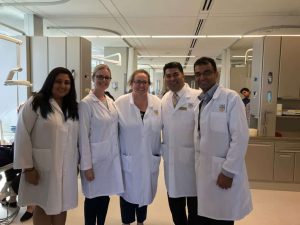 DR. Harinder Dhanju of the Pacific Oral Health Centre in Surrey, who hosted a free oral cancer screening camp for the local community at his centre in Surrey in collaboration with the Rotary Club of Surrey-Newton on September 24, told The VOICE that their team of dentists and specialists from BC Oral Cancer Prevention Program attended to 408 patients.

Dr. Dhanju said out of these patients, 35 were asked to return for more investigation. Five patients were immediately referred to the oral cancer agency because of some positive signs of oral cancer so that they could receive treatment without any delay.

This was the second year of hosting this program. There were 52 volunteers altogether who came to assist. They included doctors and health professionals from the University of British Columbia and Simon Fraser University as well as from the local community.

Dhanju pointed out that there was an increase in oral cancer in the community because of socio-economic aspects. He noted that any form of tobacco consumption can cause pre-cancerous lesions. If you have an oral pre-cancer lesion, eating spicy food would be painful or you would experience difficulty in swallowing, among other symptoms. 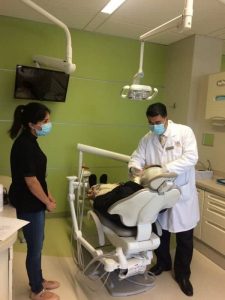 He also noted that some of our construction workers and truck drivers use tobacco because of the nature of their work.

Along with screening for oral cancer, participants were also educated and counseled on oral health best practices and a variety of their individual concerns and questions were addressed.

Dr. Dhanju said that this non-profit organization was set up with the purpose of providing low cost care to vulnerable and low-income individuals and families. He also stressed the need to bring academic and research specialists to the doorstep of the community and to the people who need their expertise the most.

Dr. Denise Laronde, Assistant Professor at UBC, said that this camp was an important step to serve the South Asian community that faces the highest risk for Oral Cancer in British Columbia but cannot access the oral cancer programs at UBC because of distance and access constraints.

Dr. Ajit Auluck, Clinical Scientist from SFU, said: “We collected data and information for the last 40 years and found that South Asians in BC have the highest risk for Oral Cancer compared to other ethnic minorities and even the general population. We also did a location based, Geographical Information Studies (GIS) study that confirmed that Surrey had highest rates for oral cancer, which reinforced the results from the first study. This is why it was important for us to come to Surrey and serve our community directly.” 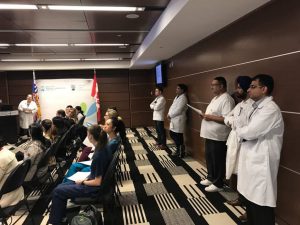 President Harbhajan Singh Parhar of the Rotary Club Surrey-Newton said that the club has always tried to address the needs of the local community by bringing together individuals and institutions that can best serve as catalysts for change. He thanked all participating doctors, researchers and volunteers who worked hard to make this event a success. He said: “Oral Cancer is a serious health issue for our community, as shown by data from different institutions but it does not get enough attention. We wanted to rectify that and bring this important issue to the forefront.”