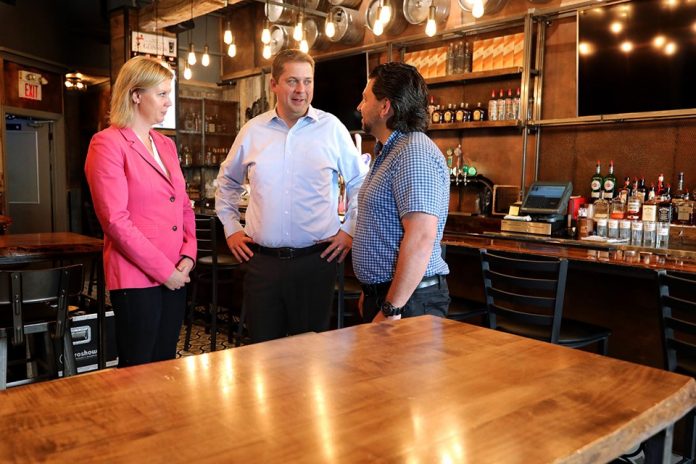 “Justin Trudeau thinks small businesses are tax cheats,“ said Scheer. “In the last four years, it has become more expensive than ever to run a business. Trudeau’s Carbon Tax raised the price of gasoline and heating, making it harder to pay monthly bills. His payroll tax hikes hurt the bottom line, and his unprecedented tax hike on small businesses in 2017 – although Canada’s Conservatives and business leaders came together to try to stop it – ended up costing small businesses even more.”

The Conservatives say government should not stand in the way and make life more difficult for those trying to make a living and grow their business.

Not only are small businesses victim to the Trudeau government’s tax hikes, small businesses across the country are also struggling under a massive regulatory burden. Trudeau has imposed more than 4,300 job-killing, growth-choking federal regulations on Canadian business since 2015.

“A new Conservative government will continue to celebrate small businesses as drivers of prosperity, and not view them merely as sources of revenue,” said Scheer. “It’s time to stop Justin Trudeau’s attacks on small business owners. It is time for Canada’s small businesses to get ahead.”