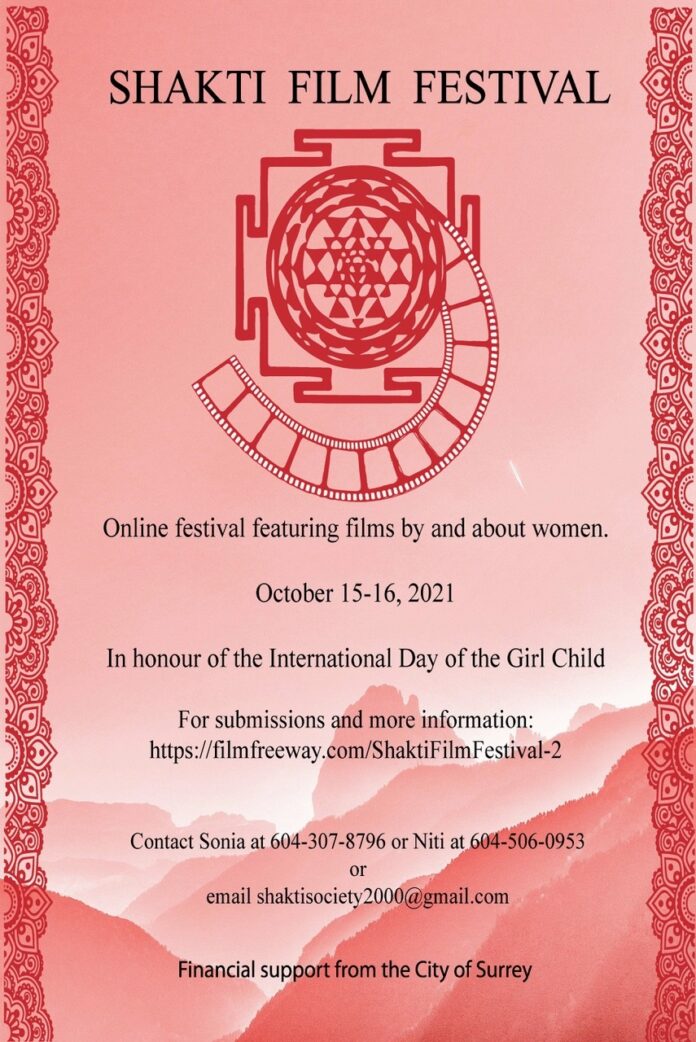 SHAKTI Society says it has addressed the influence of media and films on violence against women and will be focussing and promoting films that showcase women in strong roles as well as filmmakers who are often marginalized due to various barriers like race, colour, finances, language, disability, sexual orientation and various health issues, including mental health.

Shakti Society is a non profit society committed to empowering women, families and children through community forums, Shakti Awards, annual wellness days and other activities. It says its mandate is to support all members of society, especially women, in finding their power and voice to become strong leaders and advocates for themselves and the community. It have introduced various initiatives that help ‘awaken the power within’ and create dialogue around feminism and gender equality. The Shakti Film Festival is its latest undertaking in its mission to increase and acknowledge women’s contribution to our society and their representation in film.
Due to the current pandemic it will be hosting its 2nd annual film festival in a digital format where films will be screened over two days, October 15 and 16 in honour of the International Day of the Girl Child. It will be inviting film and media personalities as well as community leaders to engage in action-oriented discussions about the role that media plays in shaping society and how we as consumers of media also play a big part in creating our culture.
This year’s program will consist of films that will include:
* 1 feature film- 60 minutes or longer
* 1 documentary film – 45 minutes or longer
* 1 short film – up to 20 minutes
* 1 student film – up to 8 minutes
People of all genders are welcome to submit their films as long as a woman holds one of the following positions within the filmmaking team: director, writer, cinematographer or producer.
Films must fall within one of the following themes:
* Violence against women
* Political participation of women
* Women and environmental challenges
* Race, gender, identity
* Men and boys as allies
Submission deadline is September 15. Call for entries is now open.
Awards and Prizes:

For more information or sponsorship enquiries, contact Sonia at 604-307-8796 or Niti
at 604-506-0953, or email shaktisociety2000@gmail.com.
Films can be submitted at https://filmfreeway.com/ShaktiFilmFestival-2