Home Breaking News Vancouver Whitecaps season comes to an end at the hands of the...
Facebook
Twitter
WhatsApp
Email 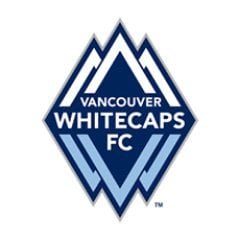 SEATTLE: The season came to a close for Vancouver Whitecaps FC on Thursday evening, as they suffered a 2-0 defeat at the hands of the defending MLS Cup champion Seattle Sounders FC.

Clint Dempsey scored a pair of second-half goals to give the Sounders the victory in the decisive leg of the Western Conference Semifinal at CenturyLink Field. The win books Seattle a spot in the Western Conference Championship after the two sides played to a scoreless draw in the first leg at BC Place last Sunday.

The loss concludes a historic year for Whitecaps FC that started with a semifinal finish at the CONCACAF Champions League, and saw them man the top spot in the Western Conference for majority of the final five weeks of the regular season.

It was another tightly-played fixture between the Cascadian rivals.

An eventful first half saw a video review of a play between defenders Jake Nerwinski and Nouhou Tolo around the ‘Caps 18-yard box, with referee Baldomero Toledo ruling that the no-call on a penalty stood. However, the play cost the ‘Caps Nerwinski, as their starting right back had to be helped off the pitch in the 36th minute with a left hamstring strain.

The ‘Caps stood their ground initially, but the Sounders would eventually capitalize.

Dempsey, who missed wide on the Sounders’ best chance in the opening half, would be right on target in the 56th minute. The American international fired from the top of the box, converting off some one-touch passing between a number of Sounders attackers, after a fine run from Cristian Roldan along the left side.

Seattle’s star striker put the match away in the 88th minute. Dempsey scored the insurance goal with a flying right-footed volley, finishing off a well-placed Víctor Rodríguez cross for the final tally, 2-0.

The Sounders now await the winner of the semifinal series between Portland Timbers and Houston Dynamo. Portland and Houston enter Sunday’s decisive leg at Providence Park tied in aggregate after a scoreless first leg last Monday.

ADDITIONAL NOTES: Jordan Harvey, who subbed on to replace Nerwinski, made his 200th appearance in a Whitecaps FC uniform… Alphonso Davies made his MLS Cup Playoffs debut as a second-half substitute. He celebrated his 17th birthday on Thursday.