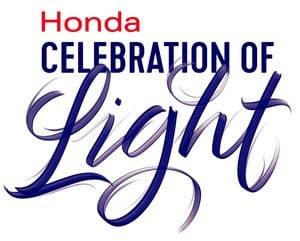 THE Honda Celebration of Light returns for its 28th year with a line-up featuring competing teams from South Africa, Sweden and South Korea. The teams are set to take to the skies above Metro Vancouver on Saturday, July 28, Wednesday, August 1 and Saturday, August 4, in the world’s longest running offshore fireworks competition.

For the first time ever, all three participating countries will be required to incorporate the same theme into their fireworks display and musical accompaniment. As voted by the public, this year’s theme will be ‘Love.’

“The Honda Celebration of Light truly lights up Vancouver by bringing people together with those they love to enjoy a festival of music, food and culture throughout the day leading up to the breathtaking fireworks each night. The energy is electric throughout the three days.” said Paul Tilbury and Heather Owen, joint co-chairs of the Vancouver Fireworks Festival Society.

“People from all over come to Vancouver every summer for this spectacular festival.” said Lisa Beare Minister for Tourism, Arts, and Culture. “The Honda Celebration of Light generates economic activity for the local economy which supports our thriving tourism sector.”

* August 4: Daehan Fireworks Co., representing South Korea
At 10 p.m. each night, rain or shine, the fireworks will begin from barges located in English Bay. Music simulcast can be heard on LG 104.3 FM and through the festival’s mobile app, which will be released in early summer. The winning team will be announced on August 7.
Back again for all three days, the Park Stage at Second Beach is a free family-friendly festival site featuring live music, food trucks, sponsor activations, a site-wide liquor license and the REMAX Family Zone. The event also welcomes back the Red Bull Air Show, a spectacular pre-show performance.  New this year, radio partner Z95.3 will be presenting Z-Fest on The Keg Lounge stage overlooking English Bay for three nights of music programming.
Attendees can reserve a seat at the three-day summer festival with exclusive VIP and family-friendly viewing options of the fireworks with the best seats in the house. Limited seats are available for the three ticketed viewing locations: The Keg Lounge, the Concord Lounge at the Inukshuk, and the YVR Observation Deck with new partner Air Canada included in the Observation Deck experience.
To take advantage of Early Bird pricing, subscribe to Honda Celebration of Light at www.hondacelebrationoflight.com before Thursday, April 12.
All tickets go on sale to the public on Friday, April 13 through www.hondacelebrationoflight.com

Follow on Twitter and Instagram @CelebOfLight using the hashtag: #Celeboflight and like on Facebook.
The Honda Celebration of Light is B.C.’s largest public event and the longest-running offshore fireworks competition in the world. It attracts up to 500,000 spectators along the shores of English Bay each night.
Owned by the volunteer, not for profit Vancouver Fireworks Festival Society, 2018 represents the 28th consecutive year of the event, which contributes over $173 million in incremental tourism and hospitality spending each year. The Honda Celebration of Light event is produced by Vancouver-based Brandlive Management Group, in collaboration with Sirius pyrotechnics.

Japan, Canada, and Spain to light up the sky at the 2022 Honda Celebration of Light

South Africa kicks off Honda Celebration of Light on Saturday