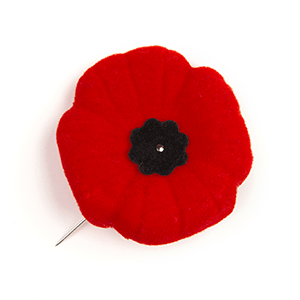 “Today, we honour every Canadian who has served and sacrificed so we may live free. We fall silent to acknowledge a debt we can never repay. We remember.

“One hundred years ago today, the Armistice between Germany and the Allies ended the First World War. As we commemorate the 100th anniversary of the Armistice, we also mark Canada’s Hundred Days.

“During the ‘100 Days Offensive,’ Canadians spearheaded attacks that overcame the last lines of German defences and paved the way to final victory. These soldiers were the face and strength of a young country that sacrificed beyond measure and never faltered in its duty.

“Their bravery garnered the respect and admiration of the world, and marked a turning point for Canada. We began to define ourselves as a country – a force on the world stage, confident, and in control of our own destiny.

“Since then, every generation of Canadians has stepped forward to serve. Thousands have fought, and continue to fight, to defend the principles of peace, freedom, and democracy around the world.

“At 11:00 am, I call on all Canadians to observe the two minutes of silence. We remember every Canadian who has sacrificed their future for generations beyond their own. We stand today, free and at peace, because of them.

PREMIER John Horgan released the following statement in honour of Remembrance Day and the 100th anniversary of the end of the First World War:

“On Remembrance Day, British Columbians honour the courage and sacrifice of veterans, armed forces members and merchant marines who have served our country.

“We also recognize the families who have lost sons and daughters, mothers and fathers, and cared for those who have returned with injuries, both visible and invisible.

“As we gather at cenotaphs in communities around the province and pay respect to generations of Canadians who bravely risked their lives to protect ours, we are reminded of the horrors of war.

“In those moments of silence, we resolve to stand together against hate and violence, and work to build a more peaceful world.

Trudeau, Poilievre and other leaders’ statements on Remembrance Day