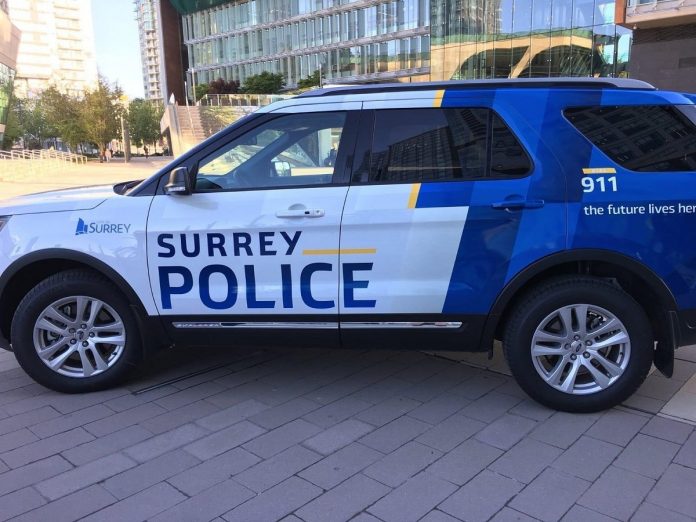 According to the City of Surrey transition financial projections, that will be a 10.9% annual cost increase.

The implementation of the Surrey Police Department will take place over three separate city budget years: 2019, 2020 and 2011.

The full report can be viewed online here.

The Executive Summary of the report states: “Notably, provincial and RCMP senior leadership signaled to the Union of BC Municipalities in 2018 that there is a unionization drive underway within the RCMP and it is likely that unionization of the RCMP will be result in bargaining seeking a pay increase to align with police wages throughout the country. If wage parity was achieved, the gap between the cost of the Surrey RCMP and the cost of Surrey PD would be eliminated.”

It notes: “A one-time capital investment will be required to support the adoption of a municipal policing model. This will include: $11.8M to recruit, administer and equip newly hired staff; $7.6M to transition existing, upgrade and replace IT systems and infrastructure; and, $0.4M to repurpose existing marked vehicles to reflect the Surrey PD’s own visual identity and public brand. These costs are non-recurring and can be amortized over three or more fiscal years.
“One-time transition staffing costs are required to execute the Surrey PD staffing model over four fiscal years. These include $3.3M in 2019, $8.7M in 2020, $7.1M in 2021 and $0.3M in 2022. The proposed staffing transition involves the progressive hiring of Surrey PD officers and civilian support resources in advance of the transition date in order to both establish a transition team and allow for a fully ready complement for the transition date.”

THE report states that the policing model proposed for the Surrey PD provides a significant number of benefits and efficiencies. These include:
– More boots on the ground: The Surrey PD will deploy 16% more frontline patrol officers. In addition, 84% of Surrey PD officers will be constables. The organizational structure of the Surrey PD was designed to maximize the number of frontline practitioners.
– Visibility in the community: More than 64% of all sworn Surrey PD members will deploy in
uniform and interact with the public on a regular basis. In addition, Community Safety
Personnel will engage with the public, responding to calls for service and participating in
community events. This will maximize community engagement and improve public safety.
– Proactive and flexible model: The Surrey PD model contains a robust investigative capacity, a flexible patrol model to ensure a nimble response to calls for service, and a focus on intelligence-led policing to proactively combat gang crime and violent crime.
– Tiered policing: The Surrey PD will utilize Community Safety Personnel to take on lower
priority, lower risk, and lower complexity policing tasks in order to better leverage frontline
sworn resources.
– Community partnerships: The proposed operating model invests resources to maintain
existing police–community partnerships including: Sophie’s Place, the Surrey Safe School
program, the Surrey Wraparound program, the Surrey Mobilization and Resiliency Table
(S.M.A.R.T.) initiative, and the Surrey Anti-Gang Family Empowerment (S.A.F.E.) program.
– Focus on youth engagement: The Surrey PD will build strong relationships with Surrey
youth and engage in gang prevention activities, youth diversion programs, and youth
counselling referrals. This includes 29% more school liaison and youth officers dedicated to
a preventative approach to gangs and organized crime.

The report points out: “The decision to move to a municipal police department will bring Surrey in line with the policing approach in other major Canadian cities. Of the 19 Canadian population centres with more than 300,000 residents, Surrey is the only community without a local police department. Additionally, Surrey is 28 times larger than the average community policed by the RCMP, making Surrey an outlier among both major Canadian cities and RCMP jurisdictions.
“Surrey residents will distinctly benefit from having their own independent municipal police
department. A police department overseen and managed by a local police board will be more responsive to changing conditions and demands and will be more representative of the community.”

Key benefits of transition, according to the report, include:
– Officers connected to the community: The Surrey Police Department will be able to recruit officers who reflect Surrey’s diversity and who spend their entire careers in the community developing long-term relationships with residents, businesses, and community groups thereby improving the public’s confidence, trust, and safety.
– Community focus: The Surrey Police Department will be a community-focused police department with priorities set, and solutions developed, locally. This will facilitate the design and delivery of timely public safety solutions tailored to address community needs and challenges.
– Board oversight: The Surrey Police Board, chaired by the mayor and comprised of
community representatives, will provide local governance and oversight, financial
accountability, and a direct link to the municipal council.
– Accountability: Surrey Police Department officers will be accountable to the public through transparent and independent provincial civilian bodies that maximize local police accountability.

“Today, the City of Surrey released its proposed Surrey Policing Transition plan to the public.
“As the RCMP is a service provider only, we won’t express our opinion or analysis of the City of Surrey’s report, nor is it appropriate for us to publicly discuss the feasibility of the proposed plan.
“The City of Surrey and the Province of British Columbia are signatories to the agreement, and as such, any requests for information should be referred to those parties, which will ultimately decide on the City’s future policing model. The RCMP will cooperate fully, and provide input when requested by the Province.
“Surrey Detachment employees continue to have the full support of the RCMP.
“I would also like to acknowledge the ongoing public support Surrey Detachment employees continue to receive from the public they serve. They perform their duties professionally and with passion and I am reminded of this on a daily basis.”