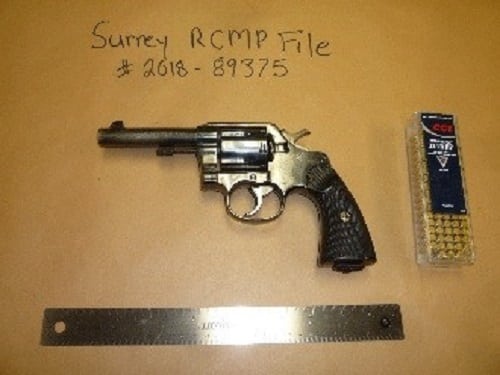 SURREY RCMP announced on Tuesday that they have arrested nine people and seized illicit drugs, cash, and a handgun as a result of a targeted investigation into drug trafficking and gang activity.

On July 4, Surrey RCMP’s Community Response Unit, with the assistance of the Lower Mainland Integrated Police Dog Service, executed a search warrant at a residence in the 12800-block of 108th Avenue.
As a result of the investigation police seized:

Out of the nine individuals arrested, two were Priority Target Offenders (PTO) who are currently active in the community.  Charges have not been laid as the investigation is ongoing.

“We are pleased with the results of this investigation,“ said Staff-Sgt. Joe Johal of the Surrey RCMP Community Response Unit. “Together with our integrated partners, our Community Response Unit  continues to press forward against drug trafficking in Surrey, to target those individuals whose activity puts the public at risk.”