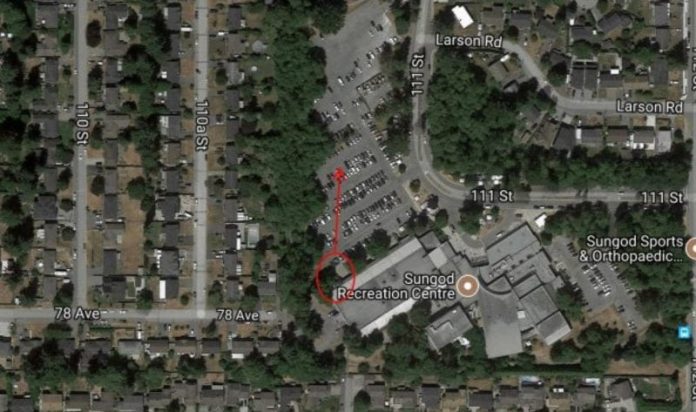 DELTA Police are investigating a Tuesday night robbery and stabbing of a teenager near the Sungod Recreation Center.

On November 7, at 8:36 p.m., Delta Police attended the 7800-block of 112th Street in response to a report of an injured male at the recreation center.

Initial investigation revealed that an 18-year-old male was approached by two unknown males wearing balaclavas. The two males robbed the victim of an iPod and other items, stabbing him in the process. The victim made his way to the recreation center where staff acted quickly rendering first aid and calling 911. The victim was transported to hospital for medical treatment and is now in stable condition and expected to make a full recovery.

Delta Police Major Crime Section was immediately called in and K-9 deployed to assist patrol officers with the investigation.

Based on investigative efforts overnight police believe the robbery occurred at the northwest end of the property nearest to the arena at approximately 8:25 – 8:35 p.m. Indications are that the suspects fled on foot in a northeasterly direction through the parking lot from the scene toward Larson Road area. (see map)

Suspect descriptions: Descriptions of suspects known as this point are two males, wearing dark clothing and balaclavas. Suspects are possibly in their late teens early twenties.