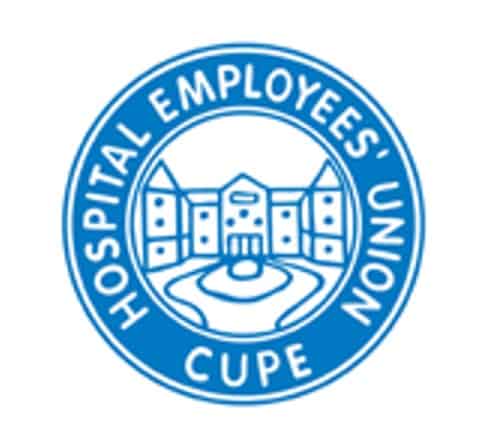 Settlement also restores and strengthens protections against contracting out that were stripped from the collective agreement in 2002 by the B.C. Liberal government

More than 90 per cent of the workers covered are Hospital Employees’ Union members. HEU’s Provincial Executive will review the terms of settlement later this week.

HEU secretary-business manager Jennifer Whiteside, chief negotiator for the FBA, said on Monday the proposed agreement includes initiatives to tackle the alarmingly high rate of injuries that make health care among the province’s most dangerous workplaces.

“We’re pleased that health employers and government have agreed to work with us to tackle workplace injuries and violence at a system-wide level,” said Whiteside. “It’s the only way we’ll achieve sustainable and significant health and safety improvements for our members.”

The settlement also restores and strengthens protections against contracting out that were stripped from the collective agreement in 2002 by the B.C. Liberal government of the day.

Full details of the agreement which include compensation increases in line with the government’s negotiating mandate for public sector employers will be provided to union members in advance of ratification votes which are yet to be scheduled.

The tentative agreement was reached after a total of nine-weeks of talks which began in early September.

They work in direct patient and resident care as well as in support services, technical, clerical and trades and maintenance areas.

In addition to HEU, the Facilities Bargaining Association includes workers in nine other unions, including the B.C. Government and Service Employees’ Union and the International Union of Operating Engineers.