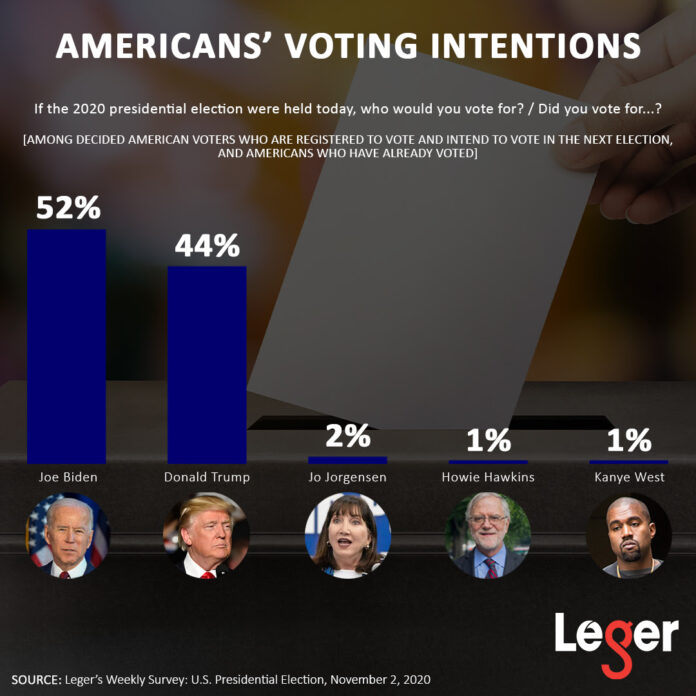 The majority of Canadians and Americans are worried about the outcome of the U.S. presidential election.
Over seven-in-10 Canadians and Americans are concerned about:
* The possibility of significant civil unrest or violence in the streets on election day or in the following days
* Not having a clear winner on election day and the chaos that may follow if several days are needed to declare a winner
* Increased racial tensions leading to protests and violence

80% of Canadians think a Biden victory is the best outcome for Canada as a whole in this election.

BIDEN IS NEXT U.S. PRESIDENT

All four Indian Americans re-elected to U.S. House of Representatives